Chris Baker is a social media Shaman. He solves complex issues, like replacing photos of your friends’ babies on Facebook with cats through his app Unbaby.me, or offering you ridiculous things to buy while under the influence with the Drrrunk Shopping app. He even co-authored The Elements of F*cking Style (a parody of the very dry Strunk & White grammar usage guide for writers), as a helpful guide for all of our “dull” friends who don’t know the difference between their, there, and they’re.

Let’s face it, we’ve all wanted to hide some of our friends’ babies from our feeds, and scream at others over their atrocious grammatical offenses, but we don’t. That’s the beauty of Baker and his collaborators. They don’t just think it, they do it and in a big, hilarious way. He is behind some of the funniest apps, games, and websites in recent years such as GOP Arcade, M. Knight School, and Operation Troll the NSA. Baker has also managed to create insightful dialogues with projects like Seeing Eye People, which dispatched volunteers throughout New York City to guide people too distracted with their phones to look up while walking, and reframing the question around whether or not it’s a choice to be gay.
Baker left the agency life a couple of years ago to become a freelance writer and creative director, and to pursue the projects he’s most passionate about—the kind that cause controversy and make people literally laugh out loud (We don’t use LOL here).

Why did you drop out of high school, and how pissed were your parents?

I grew up in an insane school system in south Florida, surrounded, then, mostly by people who would years later come to inhabit the Azazelian-like Florida Man creature we’ve all come to know. Getting out of there was a great move. My parents were not amused.

What was your first job?

My first creative job was at a small, non-profit ad agency called Public Interest. Now defunct. I was doing everything from video production to writing to art directing billboards. Kind of making it all up as I went along.

You’ve worked for a lot of big branding agencies including BBDO, CP+B, and RG/A. How were you able to land those gigs without a high school diploma?

All that matters is your portfolio. Unless you’re working in the finance department, no one cares what your story is.

You have a lot of collaborators. How does that work?

I have a very small stable of people that I consistently collaborate with including Brian Moore and Mike Lacher, and we tend to pull in outside resources where and when needed––usually in the form of some crazy Russian dude found on upwork.com who can do something we can’t for very little money. But generally, I’ve taken on more of a producer role these days, and I really enjoy connecting the dots in terms of other people’s’ talents.

Do you have a favorite app or project?

Unbaby.me. Having spent less than $500 on it, the virality that the project achieved, by any measure, is hilariously impressive. It’s also probably the one project that’s been replicated by others the most, which is always a positive.

How do you refer to yourself? As an entrepreneur, writer, creative director, drunk, drug addict?

As a writer and creative director. Though I am in the market for an interesting drug addiction. Something that hasn’t been done to death.

Were you drunk when you came up with Drrrunk Shopping?

I’m pretty sure Drrrunk Shopping occurred to me when a bunch of packages showed up that I had no memory of ordering. So, technically sober.

Some are so far-fetched, do you ever say, “no way that will fly,” or do you just pursue the craziest ideas?

We (my usual collaborators and I) are pretty great at immediately knowing how viable something is, and the best way to go about building it, so technical questions usually get figured out during a brainstorm.

Your dad helped you launch Operation Troll the NSA. Was it his idea? Weren’t you afraid of possibly getting arrested or questioned by the NSA?

I figured the worst that would happen is that I’d end up on a no-fly list. Which, at the time, would have delighted me, since I’m terrified of flying. It’s a perfect excuse to miss out on that awful business trip. Plus, in this great nation of ours, we still see fit to grant any downtrodden member of the no-fly list the opportunity to buy assault weapons, so you can’t really miss much.

But, yes, my father and I were at a bar joking about the Snowden revelations when he suggested that we hop on the phone with some friends and just talk about bombs. I took that thought and pitched it to Mike Lacher, who helped bring it to its current form.

Were you surprised that Anonymous picked up on this and essentially shutdown the NSA site for a day?And are you a conspiracy theorist?

Yep. That’s when we got pretty nervous about the whole thing. And I love conspiracy theories. They’re consistently great entertainment. Especially all the false flag reports after a mass shooting by people who claim the government staged the shooting to take their guns, but they never take the guns.
Wait, how’d you get on conspiracy theories? 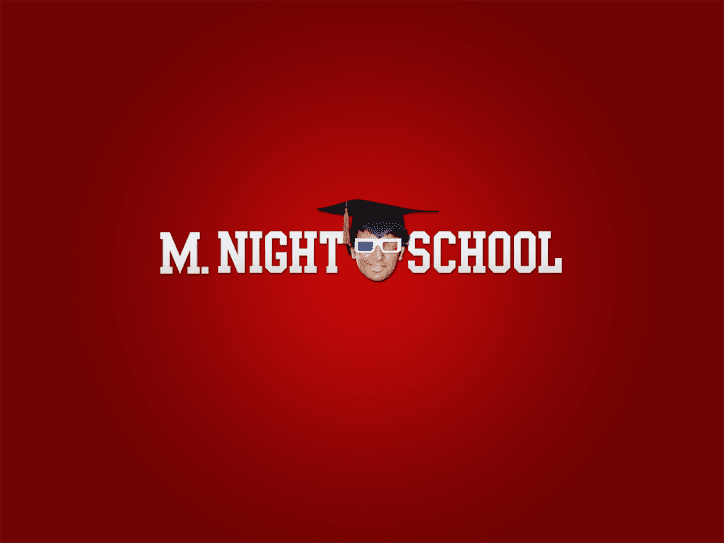 Who’s the most famous/important person you’ve pissed off?

Do you make money from these projects/social experiments like Seeing Eye People?

My ROI isn’t immediate, but it’s definitely there. For all intents and purposes these projects are money losers, but they do go into my portfolio, which in turn helps me get jobs.

And the more projects I have that are hits, the more I can say that I can readily manufacture these types of things, which helps line the coffers.

You really made some people rethink their views on why people are gay, when you asked the question “When did you choose to be straight?” How did you come up with that?

I think my creative partner, Travis, and I had been arguing with people about gay rights on message boards, hoping that some insight might bubble out of it. And one day that retort manifested itself. Then we grabbed a camera and started asking people on the street. Their reactions were revelatory.

The Elements of F*cking Style is such a great tool. It’s definitely a much better read than the original Strunk & White version. Did this come from a frustration of seeing poor grammar used on social media?

I had started a simple blog that went viral called The Fucking Word of the Day, which taught vocabulary using ridiculous examples, and publishers started asking me for book ideas. So after seeing my moron friends (again, I’m from Florida) continuously screw up the intricate variations of they’re, their, and there on Facebook, I decided enough was enough, and it was time that someone brought English grammar down from the ivory tower and into the gutters.

Any plans to do a follow-up book?

If one of the Kardashians starts carrying around a copy of Garner’s Dictionary of Modern Usage, maybe that will signal another moment for publishers to sink more money into the subject, but I don’t see that happening anytime soon.

What’s the next big thing you’re working on?

I’m finishing up a few more games for GOP Arcade, working on building a high-frequency trading platform that attempts to destroy gun companies, updating Drrrunk Shopping with dope shit, and a few other things.