As Senior Partner at one of the world’s leading branding agencies and current president of the National AIGA, Su Mathews Hale is a huge advocate for women leadership roles in the design industry and beyond. She has been a designer for more than 20 years, spending 10 years at the venerable Pentagram New York office, and the past 11 years at Lippincott, having recently moved to San Francisco to head up that office. 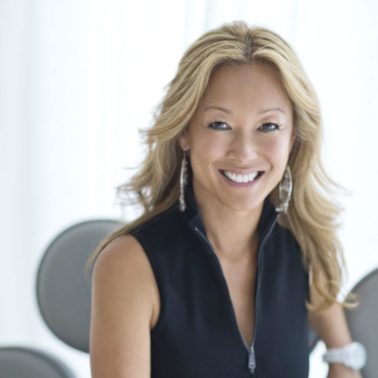 In her role at Lippincott, she’s worked on brand strategy for Walmart, eBay, Chick-fil-A, Hershey’s, Hyatt, and Liz Claiborne, among others. But it’s her role at AIGA where she’s trying to make a difference in the design profession through the Women Lead Initiative. More than 50% of practicing graphic designers are women, but only 11% hold creative director titles. It’s not because they aren’t as talented as their male counterparts, it’s because there’s still a gender gap when it comes to equal opportunities and equal pay, even in this very liberal profession. Hale is getting to the root of this problem by reaching out to the community, and creating an open, honest dialogue. And, not surprisingly, some of her biggest supporters are men.

Tell me about the Women Lead Initiative and why you think it’s vital in this day and age?

Women’s leadership has always been important to me. I’ve never understood why we don’t celebrate, acknowledge or see more women in leadership roles in an industry that is saturated with women. When I was in design school I was surrounded by women, and when I was a junior designer there was never a lack of female designers. Over 50% of AIGA members are women.

When you look at who is being recognized or celebrated in design, and the number of women in senior-level creative positions, the ratio of men to women in this day and age is still astounding.

I know it happens in a lot of industries, but I was tired of seeing it happen in mine. I co-founded the AIGA Women Lead initiative with a great friend, and AIGA board member Deb Adler. She is the founding principal of her own design firm Deborah Adler Design. Both of us had very different experiences and insights because of our backgrounds, but one thing we both had in common was our commitment to help empower women in design and advance the vital discourse on issues facing professional women today without generalizing or segregating women designers. 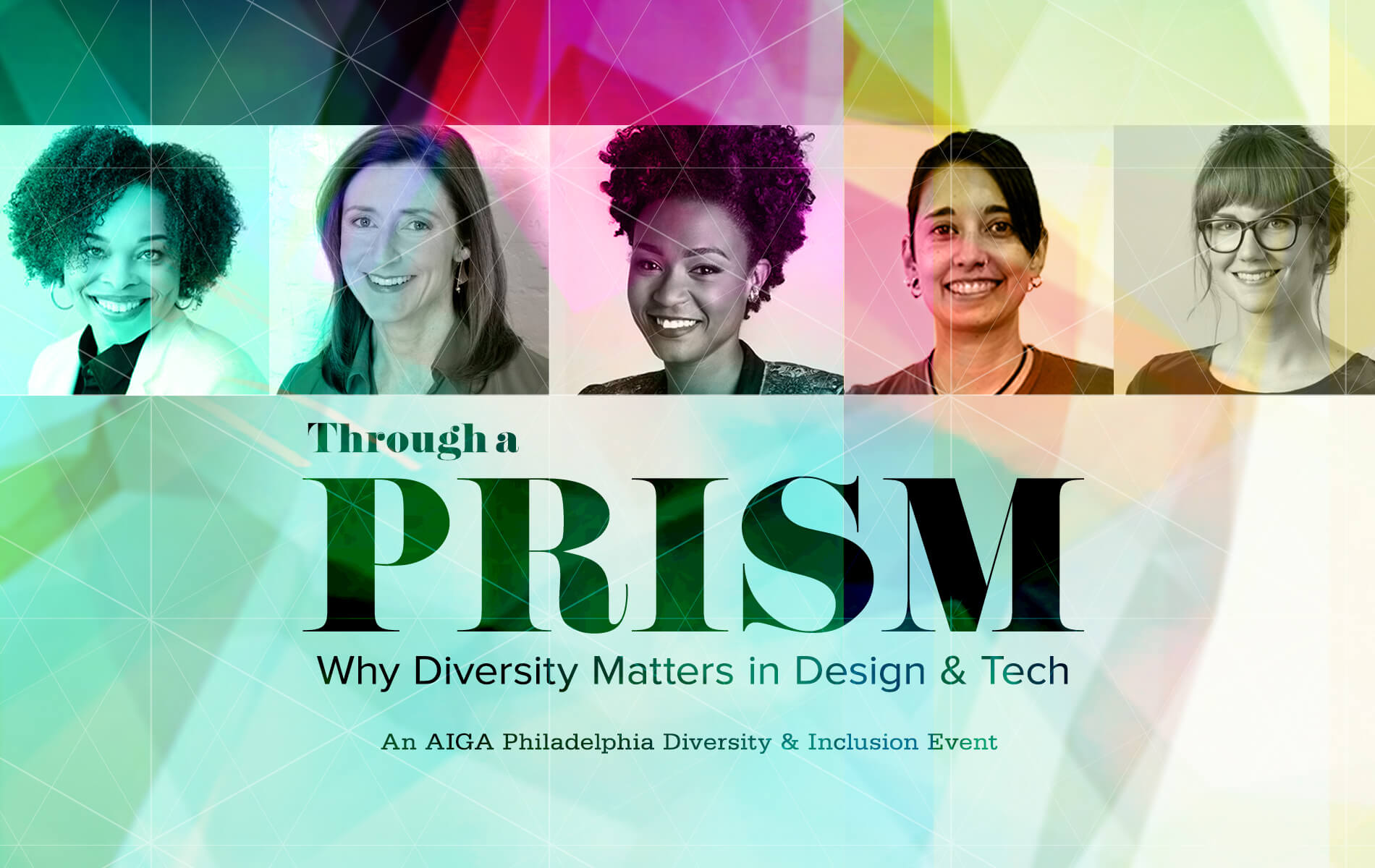 Have you personally experienced bias/discrimination as a designer?

Yes, of course. Some of my experiences have been explicit, like a client once asking me (as the only female in the room) to leave the room so he could tell a dirty joke, or when a potential client only presented his business cards to my male partners. There have been many accounts where it wasn’t so black and white. I found myself just feeling bad, knowing in my gut the situation was wrong, but unable to completely prove the bias. I realized after speaking to a lot of women over the years, this is a pretty common feeling among women in leadership roles. We want to have tough skins and let it roll off our backs, because often if we don’t, people call us “bitchy,” “sensitive,” or “hard to work with.”

How many events have taken place so far and who has been involved?

Quite a few over the past several years. It’s been a bit grass roots and has taken off across chapters, which has been great. The goals of the initiative are simple: celebrate the achievements of women in design, cultivate awareness of genre-related issues, while building knowledge and leadership skills, and connect by facilitating relationships within and beyond the design community. Since the beginning of the initiative, I’ve also seen a real push by both men and women to seek more female speakers at conferences, engage more female design judges, and commit to more diversity across all of our programs.

What has the turnout and reaction been from the design community? There are some who believe this idea of separating and recognizing people, soley based on gender is wrong.

The turn out and support has been great, and for every negative comment I’ve heard expressed, I’ve heard triple the positive comments and that it’s something needed within our industry. I know it can be a controversial subject, even between women, but the conversation is a dialogue we must have. I certainly acknowledge there are well-respected female designers who question or oppose the agenda. Most of the time I don’t think we actually disagree, it’s more about misunderstanding the agenda, or execution of the idea. The AIGA women lead initiative is not about separating women designers from men, or acknowledging women just because they are women. There’s a difference. In fact, it’s vital to have men be a part of this conversation so that things change. I agree, gender has nothing to do with someone’s talent or ability to be a great leader, and I can’t wait for the day when we don’t have to talk about it anymore. But like most controversial topics, things don’t change unless people talk about it and look for ways to solve the problem. I know many men who feel just as strongly about the topic as I do.

I also don’t begrudge women who don’t want to engage in the issue the way I choose to. Some women lead by just kicking ass and setting a great example.

Others do it by sharing personal stories and building awareness, and others do it through mentorship and teaching. But even today, if you ask a designer (male or female) to name twenty famous male designers they admire, chances are they can rattle off twenty names, no problem. If you ask them to name twenty female designers, they struggle. And it’s not because there aren’t inspiring female designers out there. Every time I speak at a women lead event, I think, well maybe no one will show up, people don’t need this, and I should stop talking about it. But that hasn’t happened yet. 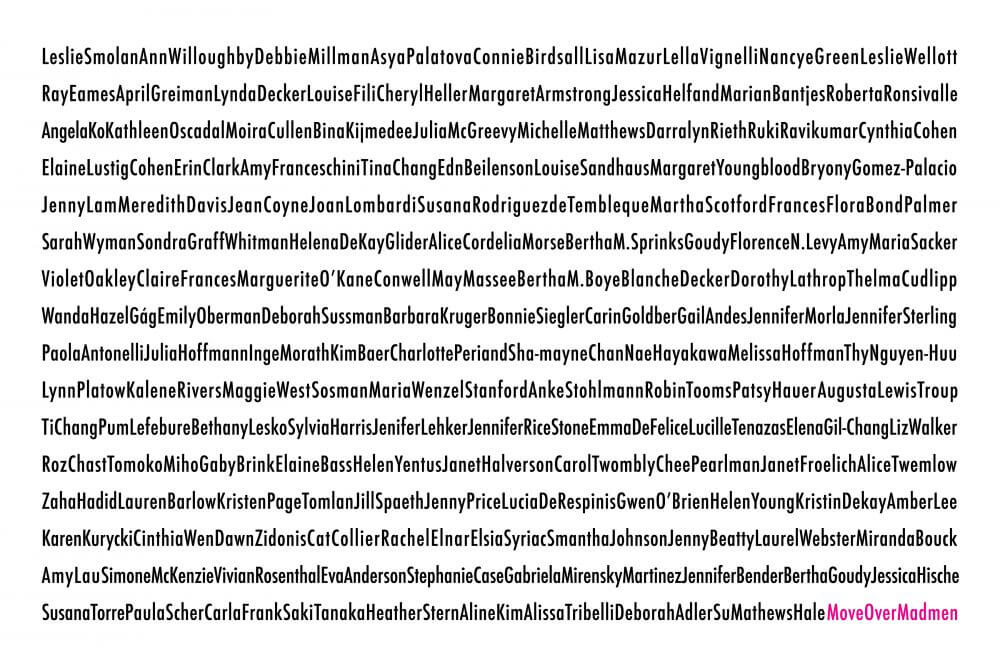 Is there a single female designer whom you look up to?

I have great admiration for so many female designers in our industry for many different reasons, and I’m happy to say that there’s more than one that I look up to. I even created a postcard (shown above) that listed 200+ female designers I am inspired by after witnessing a major design presentation where not one female designer was recognized for paving the way for designers throughout the course of history. I hate limiting my answer to just one, as it feels too limiting. However, I spent my formative design years at Pentagram New York, and at the time Paula Scher was the only female partner. I thought she was BOSS back then, and still do, because she continues to kill it. And, it just so happens that she’s a woman.

Do you feel design, as compared to other industries, tends to be better about equality issues when it comes to compensation and flexibility, say for new moms?

That’s hard for me to answer, as I can’t speak for all other industries, but I get a sense that it’s a bit better in our industry. However, I think there are many more women owned design businesses where you see more equality vs more corporate design environments that probably face many of the same challenges as other industries do. I became a new mom in my 40s and was already in a senior level position at my company; however, I know from our women lead initiative, that there are still many women out there who struggle with some of the same challenges women did 20 years ago.

Are there any initiatives aimed at helping women re-enter the workforce after being absent from the field to raise their families?

I haven’t personally been a part of initiatives focused in this area, but it’s definitely a topic worth discussion. I have seen much less of a clear delineation of female and male roles in the millennial generation, which is great to see.

With a field that is so dominated by youth culture and emerging talent, how is the AIGA helping to support professionals in their 40s, 50s and beyond who are looking for employment opportunities?

That’s a great question and one that we are very focused on. We are looking for new ways to engage both the younger generation who seem to have less commitment to organizations like AIGA, as well as the professionals further along in their careers that feel like AIGA doesn’t care about them anymore. Both have been hard to engage and retain. Re-thinking membership fees, how we structure our conferences and the content we offer, mentorship programs, and more diversity overall across all of our programs are a few ways we’re trying to help support both early career members and those who are more established.

Charles S. Anderson: on Lasting Relationships and the Importance of Preserving the Past

IBM is in the midst of a design-driven transformation that includes educating its worldwide...