The Rules According to Snask

When Fredrik Öst and Magnus Berg formed their design collective Snask, they were a couple of naïve kids just out of college, and that worked very well for them. They didn’t want to be like everyone else, and they’ve proven over and over again that they aren’t. I think if they had a one-line summation of how to succeed it would be do great work, be nice, fuck up once in a while, and stay true to yourself. 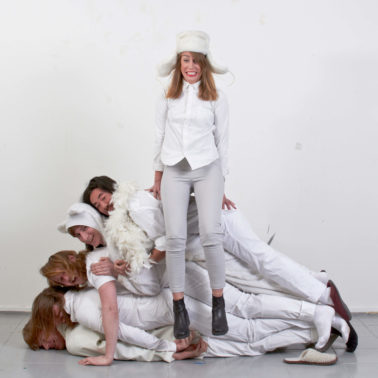 Perhaps what is more surprising than the actual shock value of some of their campaigns, is the fact that their process is so organic. Most of the “effects” we see in Snask ads, are actually created in the studio using good old fashioned materials like paint, cardboard, wires, and anything else lying around. Öst has remarked that it’s easier, faster, and more fun to create these things by hand than on the computer.
Below, he shares Snask’s ten-step manifesto—the rules they live by–and explains why each is crucial to becoming not only a better designer, but a better human being.

No, we don’t mean you should simply quit your job today without a plan or financial backup. That would be incredibly stupid. We meet a lot of people who are unsatisfied with their job, but they never seem to take that crucial step of starting to look for something else or revamping their portfolio. Nothing worth having ever came without a risk. When you think that way you quickly realize that in order to change your situation you have to be bold and take a few risks. Same thing as love.

The easiest and the hardest one at the same time. In one way it’s completely natural to just let people know that you love them. On the other hand, it can be difficult to show your partner how much you love him/her. This is one of the most common relationship problems. But teaching yourself how to hand out compliments to not only your loved ones, but also the cashier at the grocery shop, will make you a happier person. Saying “Have a good day” to strangers doesn’t cost any energy, if you make it a routine.

We literally took this approach with Scandinavia’s largest city festival: Malmöfestivalen. It goes on for 8 days every August, since 1984. We came in for their 25th anniversary and found a city festival with a diluted brand. It was connected to all sorts of bad experiences such as urine on the streets, low quality food, and public crayfish parties. We rebranded the visual identity and changed the whole tone of the festival. We turned it into a person, a she, and had her welcome everyone to her party, her city, her festival. She started speaking to people through ads– not forcing sales messages–but rather beautiful poems and compliments. Instead of pushing the biggest artist of the festival, we put up gigantic ads talking about love. One was “Shouldn’t we just stay under this bridge and kiss a bit?” Another was a 25 meter long ad saying “Meet me here exactly as the sun goes down tonight.” We recorded random compliments on an answering machine and printed an ad that said, “For a free compliment, call 072-341 13 12.” All in all, the new personality got great reviews and people started liking the festival again.

03/ Generosity always pays itself back.

Don’t be a greedy bastard. Buy a round of beers, share the dinner bill, and don’t get pissy if you end up paying a bit more than everyone else. Same thing goes for ideas: Don’t sit and hold them to yourself. Share them! Show other people your design sketches and how you came to the conclusion. Creating an environment where people share and are generous is definitely a place where we would want to live.

04/ Always achieve greatness yourself before pointing out the faults and mistakes of others.

The internet is full of trolls and hate mongers. Most of the people raving about and blaming other people have big personal problems and actually care a lot about what other people think of them. Same goes for creative forums, unfortunately.

It’s far too easy to kick downwards and lick upwards in conservative, hierarchical structures, where such behavior is almost rewarded.

Such working environments are horrendous and kills any creative and spontaneous vibe.

This entails long trails of unnecessary paperwork over common sense. Sometimes we get applications from students where their school (or country) decided that it’s a great idea to send the agency five documents to fill in by hand, stamp with a company stamp (what? 2016?) and send by post (not digitally, that’s dangerous). It means agencies will have to put a lot of time to simply get the intern through the doors. It’s ridiculous and a waste of time.

06/ Talk with clients like you talk to your family, friends and pets.

Don’t put on that “serious” mask that no one asked for, the one that hides the spontaneous, charming, true you. All our clients love our honesty as well as down-to-earth attitude in meetings.

If the creative industry was crystal meth, Snask would be Walter White and Jesse Pinkman. Unpolished, lots of detectable flaws, and fucking brilliant at what we’re doing.

Once we got invited to pitch to a leading investment bank in the Nordics that needed a rebrand. We got a bit anxious about what the “bank people” would think about us (ridiculous I know, but we were simply afraid and naïve that bank people would differ from other people). So instead of doing it our way, the way we’ve always done things, we weakened and decided to wear tailored suits to match them. It turned out they really hated us dressing up formally. They had expected to meet the Snask lifestyle and instead they met a mirror image of themselves.

In the end though, they chose us and the reason was simple. They used a Usain Bolt metaphor for creativity and design boldness. Usain Bolt is the fastest person on the planet, but if you need him to run slower he can do it without effort. But if you ask a slower person to run faster it will take a lot of time and effort to do so. Their point being that if we were too creative or too edgy in our design, they could pull us back. If they chose a more conservative agency and needed to push them creatively, it would be a much bigger effort.

07/ Social skills are as important as being good at setting type or knowing how to spell.

If you take away social skills you don’t really have a culture or a working cooperation in a team. What you’re left with is computer-like conversations and effect.

Fitting in with a team and thriving in your environment at work is key to your success and well being.

Same goes for talking to clients, other people in the industry as well as your overall behavior. Reply to every email, answer calls, and follow up. Not hard, just logical. If someone emails you they expect a reply, in reasonable time (surprisingly often we encounter socially retarded behavior in our industry).

08/ See people as people, not as target groups.

In our industry many agencies dig into marketing research until they go blind, instead of just seeing people as people instead of target groups. We are different individuals, yet very similar and predictable. Another interesting thought is how marketing research is done. We are brought up in a society where we are taught to give the “correct” answer. So when people reply to marketing surveys they tend to give the answer they think is correct, so they don’t answer what they actually think. Secondly, humans don’t think what they feel: It’s two separate systems. So given that most purchasing decisions are based on emotions rather than rational thought, and that people don’t answer what they actually think and don’t think what they feel, where’s the relevance? 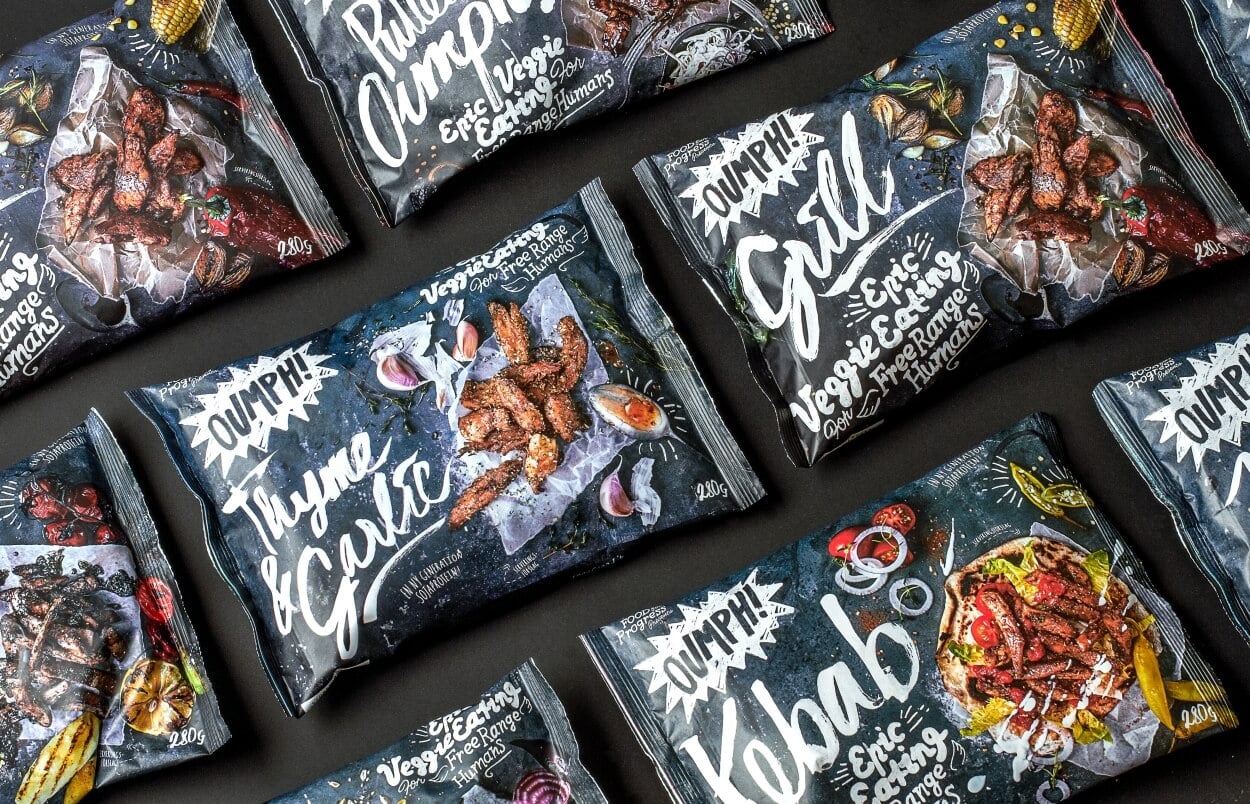 When we work with clients we see things very logically and visually. One time a food company needed a brand design for their revolutionary vegetarian meat-like product called Oumph. All their marketing research said that the package and brand should be green, because all the other successful vegetarian brands were green. But when we sat down and talked to different people, we realized that vegetarians don’t necessarily want to be healthier, they just don’t want to eat meat for various reasons. So why not brand this new vegetarian product as the tastiest creation ever?

We made the brand black and white and focused on making it look delicious rather than green and healthy. It became an instant hit and is now taking over Scandinavia.

09/ Just because you wear a black suit, doesn’t mean you’re a goddamn professional.

People want to be seen as professional so badly that they change their way of talking, walking, dressing and behaving. However, being professional is all about building trust. Trust grows from honesty, respect, a sense of calm, and relationships. So why act distant and stiff, instead of close and spontaneous? Also most suits look like shit and don’t even fit properly. They weren’t made to be so big that you can sleep in them, they were made to look smart.

10/ Having enemies is a good thing. It proves that you stood up for something sometime in your life.

Brands tend to be very afraid of making enemies. They put a lot of time, effort and money to generate likes, but are equally afraid of saying anything remotely provocative. What happens when brands don’t have opinions and don’t stand up for their own beliefs? They become bland and vulnerable to their competition. Coca Cola and Pepsi need one another. Batman needs the Joker. Make sure you have opinions and stand up for them.

Jessica Hische: on the Art of Procrastination

If it seems like design darling Jessica Hische’s rapid ascent in the design world...

Marc English: is Always Going Off the Beaten Path

Whether he’s teaching, designing, or hitting the road on his motorcycle, Marc English never...