Having lived and worked on both coasts, Jennifer Sterling knows a thing or two about cultural and political discourse in design. Her illustrative typographic renderings have produced praise and ignited loathsome critiques from her peers. 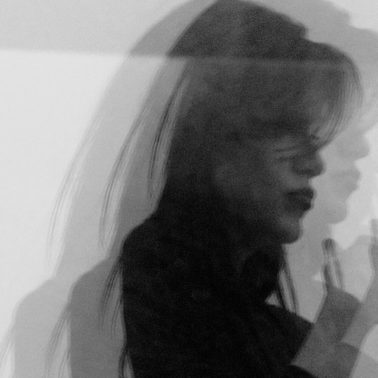 She experienced a profound backlash in the early 2000s for her design of the now infamous 2001 AIGA 365 Annual. No designer has ever taken such a public beating for their work as she did. And she never responded. Until now.

That catalog sent designers into a tizzy. Today, I doubt anyone would raise a brow. Sterling did what she did best: She created typographic and textural images to create meaningful discourse and showcase the work as it was meant to be seen. But, perhaps she was ahead of her time. People didn’t get it and the reaction was visceral and harsh. Today that book would be a precious keepsake, and anyone featured within would be honored.

It seemed as if Sterling—then in San Francisco—dropped out of the design world, only to re-emerge five years ago in New York. That’s not quite the case. She has continually worked, but she intentionally kept a low profile. She was never looking for the spotlight, but it found her in the ugliest of ways. Despite that, her love for design never wavered and she continued to work with clients like Adobe, Aveda, Gilbert Paper, Hillary Clinton, and more. Her work has been included in the permanent collections of The San Francisco Museum of Modern Art, The Library of Congress, Bibliotheque Nationale de France, Museum Fur Kunst Und Gewerbe, Hamburg, and the Cooper-Hewitt National Design Museum.

Here, we talk to her about her passion for design and typography, and we let her have the final word on that book she designed more than 15 years ago.

You did a lot of work in the tech industry in San Francisco early in your career, and now a lot of your projects are based in the fashion, textile and luxury markets. Why the switch to the East Coast, and why the change in focus?

Almost all my projects on the West Coast were in the technology or luxury goods area. It’s not that I changed by changing coasts, it’s that clients sell what’s in their warehouse. In the tech world, I only dealt with the CEOs and scientists who were giddy about their new idea and could synthesize the most complicated subject into a single sentence. Working with them conceptually was fun, because no matter how far out my concept was they could see the link and they always expressed how much they loved it. Most of all by sending me other clients.

I came to the East Coast for family reasons and decided to stay. New York also sells what’s in their warehouse … luxury goods, fashion, editorial, publishing. It’s not to say they don’t have tech, this is just my experience. I didn’t move here to delve into fashion. I became a designer because I wanted to expose myself to everything. I’m an avid reader and enjoy learning about completely new subjects every day. My brain still has the design equipment to apply, but I get a different view to play in.

Are you still as passionate about typography in your work?

Typography will always be my true love. It’s as if it’s been a best friend that has always been around that I finally realized I was in love with. I’ve been an avid reader from a young age, and while I painted and sketched, I wanted to be a writer. My parents had a wonderful library and rare books, not just novels or books on theory or information, but when books were honored as they were rare and precious. So this lovely type was the background of my childhood, but not something I recognized as form, but only as communication. I veered away from writing as a profession because I thought everyone would know what I thought, and even as a child I was private. So I attended art school and enrolled as an Illustration major, but I soon learned that after I finished what I believed was the best final art I could produce, someone else would then put type on it. Now I wasn’t sure what type should be on it, but I found this whole process was disturbingly distasteful. So I switched my major to (Advertising) and Design. Hence, I found what had been the background of my childhood all along. Typography.

I have always believed you can be a good designer with good type, but you can never be a great designer without great type.

However, in the end the joke is on me, because I have discovered that a writer gets to while away his time alone on a mountain without human contact, for which I’m perfectly suited, while a designer spends endless amounts of time in conversations and education with the client—in effect, divulging your deepest thoughts about life and how it pertains to their concept and final product or message. 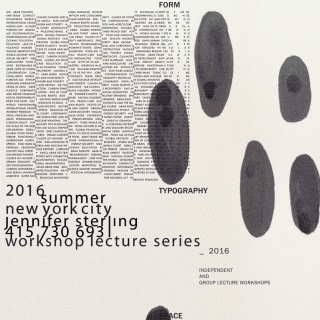 What is it about words and letters that appeals to you so much?

I can think of few things that are the basis of civilization (the written word) and an art form. This to me is truly stunning.

Tell me about the projects you’ve done for Hillary Clinton.

After I opened my own firm I was contacted by Vital Voices Global Partnership which started the preeminent non-governmental organization (NGO) that identifies, trains, and empowers emerging women leaders and social entrepreneurs around the globe, enabling them to create a better world for us all. It was developed by Hillary Clinton and Madeleine Albright. This was shortly after the Clintons had left the White House.
My second encounter with Clinton, was a few weeks before the first democratic debate. I was asked, along with 45 others designers (45 as she would be running to be the 45th President), to design campaign buttons in our own style. I geared mine toward the younger voter. Before I start any job, I type the name on the computer and look at it. There’s an amazing thing that happens and words that just shout out. After typing in “Clinton,” I immediately saw “into” so I designed a button with just her name in blue, with “into” in red so you couldn’t help reading I’m “into Clinton.” I designed the button in a day, sent it in, and then a week later it was manufactured and introduced online on the first day of the Democratic convention. I have never been so happy that I always properly kern type the first time, as I never saw it after my first draft.

Tell me little bit about your work for Luna and this transition to doing patterns for them. Your work has always had deliberate layers and patterns, but much of it revolved around type.

I’ve always illustrated and painted since I was really young so it creeps up in my work. LUNA is a wonderful company founded and run by one amazing woman, Anna Hernandez, who sadly passed away recently. One of my very favorite designers, Michael Vanderbyl, who happened to be Anna’s husband, had seen a drawing I had done and asked if he could use it as a textile. When you work on a project like this, you realized what a small part you play, but it is one of my new favorite pursuits. 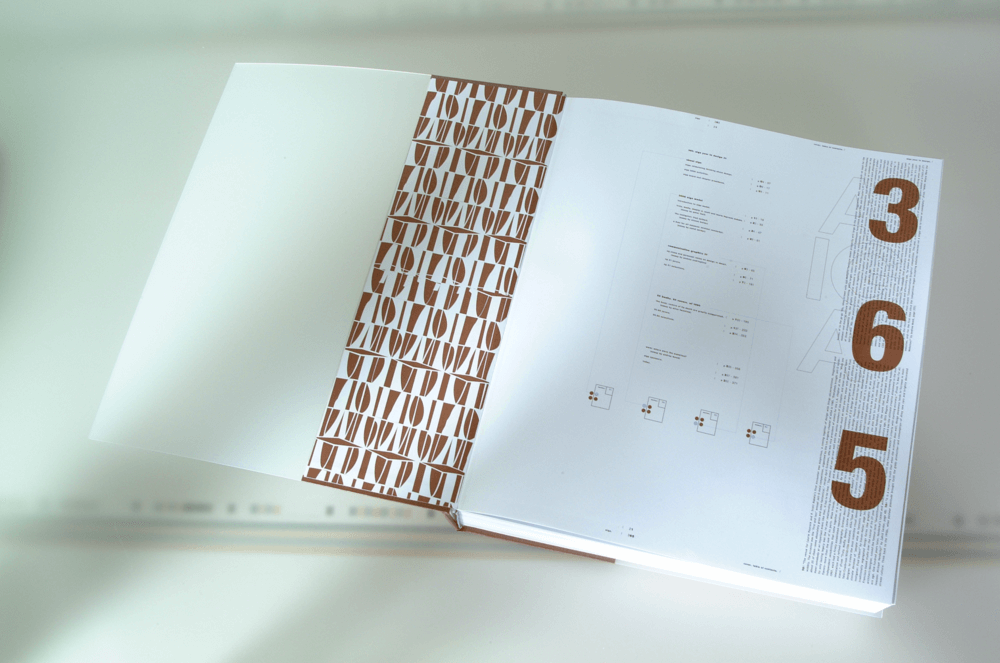 In 2001, you caused a huge controversy in the design community for your design of the AIGA 365 Annual. It was undoubtedly the biggest design story of that year, with countless designers, many of whom were your peers, criticizing your design. You never responded. Care to have the final word on this?

It wasn’t Mein Kampf, although it felt like a wordless comparison by its distractors. The situation transpired like this: I was asked by the AIGA to design the 2001 annual, and happily accepted the project. They, along with the director, signed off on 250 pages that were the finished design, and then the balance of some 50 more pages. I work tirelessly to make clients happy. I’m really that person who will happily change something in a design, as I don’t feel I have just one concept in me. So when I cropped images, I was trying to show just why a piece was lovely.

All annuals had been, to this point, a cover and a spread which really showed you nothing. I wanted the end reader to see the remarkable use of tactile devices, if that was what was prevalent, or the lovely calligraphy, or the juxtaposition of photography. It was all to honor these designers, many of whom were my heroes. 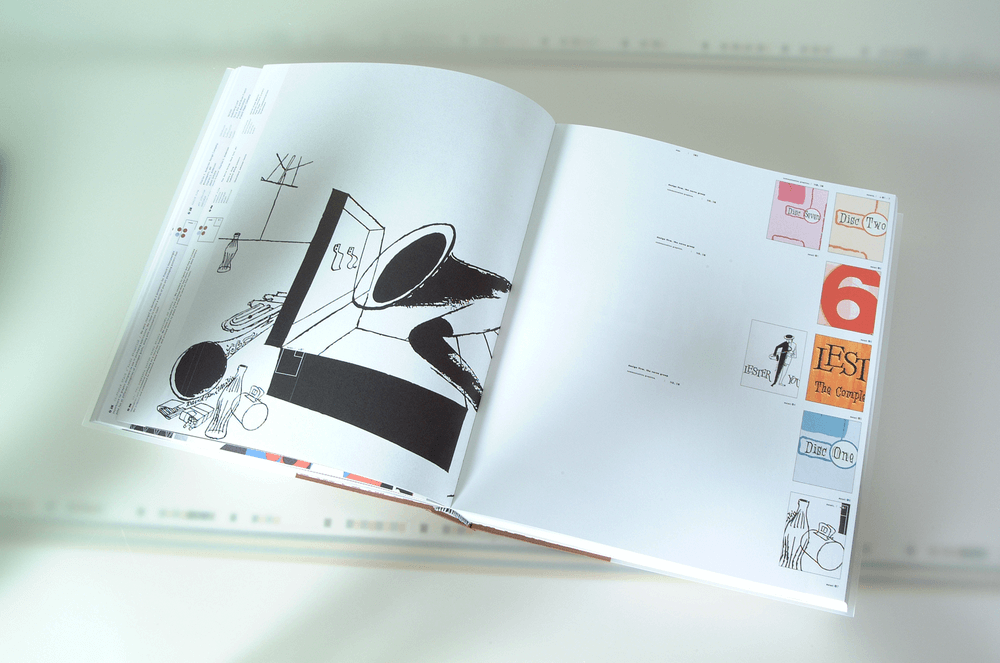 Well, I didn’t find out about the lengthy blog regarding the book until I could use my computer in the hospital (my brother was in a coma). So, as I’m sitting in my brother’s hospital room, I read heartless, hurtful, callous quips from people who signed off on the finished project, from people whom I thought were my friends to people I didn’t know at all, as well as a very lengthy diatribe by a hero of mine, Milton Glaser. This was the very early days of the internet, and now people would be quick to admonish this kind of bullying.

I never responded because I knew they didn’t know what they were doing … where I was and the horrible juxtaposition of the two worlds. One mattered not at all in reality, yet I had just unexpectedly lost both my parents and now my siblings and I had to make a unanimous decision to take my brother off life support. Not only was I going through all these deaths, but my young son was going through them too. It hit me hard, but I never wanted to argue or speak ill of anyone or engage in a critique of the book. First it’s not in my nature, and secondly my world was focused solely on my family.

Later I found out that it was monetarily the most successful AIGA Annual, and the publisher actually asked for a reprint.

So I did my job and I produced a successful product which is my job.
Years later, I read Andy Warhol’s autobiography. He said, “If I had only learned this decades earlier, I would have been so much happier. I call it the ‘So what therapy.’
So your mother didn’t love you?
So what.
So you girlfriend won’t fuck you?
So what.
So you’re rich but you’re lonely?
So what.
– Warhol

Now, the wiser, older me would hopefully respond, “So what.

Jennifer Kinon, Design Director Hillary Clinton 2016 campaign: What happens when the campaign is over?

Despite the outcome of the 2016 presidential election, Hillary Clinton had the most memorable...