on Finding His Muse 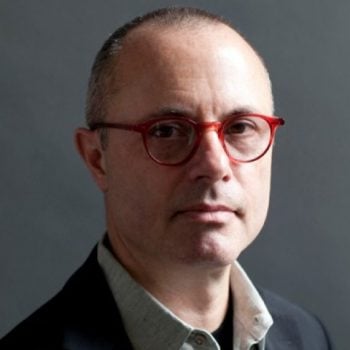 For 40 years, Ken Carbone and his partner Leslie Smolan have steered the helm at CarboneSmolan Agency (CSA) in New York City, developing brand strategy solutions for clients like W Hotels, Christie’s, Tiffany & Co., and Canon. They’ve remained steady through all the economic twists and turns in the past four decades, and have witnessed their peers’ agencies swallowed up in mergers and acquisitions, or just flailing and dying. In 2014, both partners were awarded the AIGA Medal, which recognizes excellence in design and their contributions to the design community at large. Perhaps, the key to their longevity, is their inherent curiosity.

Carbone teaches at the School of Visual Arts and has written books that explore his interest in human connections and design thinking. He has extensively documented people, places and objects in his sketchbooks, which he shares on social media and beyond. He is still sharpening his pencil—and his mind—daily through constant creative exercises. These drills bring him joy and inspiration, as well as a constant dose of adrenaline to keep the momentum rolling. In fact, his “Apple a Day” project became the subject of a TEDx talk this year. Here we talk to him about his recent road trip with two unlikely compadres, and his obsession with drawing everyday objects.

Tell me about your annual road trip and who you traveled with.

The annual road trip started three years ago. We call it an “ODDyssey” (pun intended). We are the most unlikely group of characters to take on such an adventure. ODDyssey I included my brother-in-law Sgt. Mike Bagby, Marine helicopter crew chief from the Vietnam War era and endurance driver. Second, is my brother Arnold Carbone, ex Chief flavor developer for Ben & Jerry’s Ice Cream (25 yrs.), now a garlic farmer near Reno, Nevada. Finally, there’s me—artist, graphic designer, musician, teacher, and general flaneur. We’re all in our sixties and behave like we’re in our twenties. Testosterone abounds. The truck is a deluxe Ford F150. The laughs are non-stop. The beef jerky is consumed in large quantities. It’s like our own little “Burning Man” experience, but thankfully, we keep our clothes on. The total experience is VERY real.

For our most recent trip, earlier this month, we traveled for nine days due south and covered 2,400 miles. We visited eight states from the Atlantic coast and outer banks to the mountains of Appalachia. We started in the Hudson Valley and drove to Savannah, Ga., before making a U-turn up through the Blue Ridge Mountains. We saw everything from a roadside custom shop that made beastly monster trucks to Biltmore, the 250 room Vanderbilt estate in Asheville, N.C. Beauty was everywhere from vast farmlands, to boggy swamplands and charming southern cities like Charleston and Beaufort.

The best part of this trip was that there was really no plan, just a compass point. No hotel reservations. Shaving optional.

Are you still surprised by people you meet on these journeys, in good or bad ways, and is Southern hospitality still alive and well?

We met fun people along the way. Mike has a magnetic personality. With his military background, he can spot a veteran in the blink of an eye. I often listen in on the conversations about battle in far away places with disbelief and awe. These are the stories you don’t hear in graphic design circles. The general warmth of southern hospitality was felt continually during our adventure and made every brief encounter that more memorable. I’ve traveled to exotic places all over the world but these road trips in the USA hold a special place in my heart.

Did you sketch/document your journey?

Yes, in drawings, photos, and video. I try to balance the experience and joy of looking with how much documenting I do. Looking at a spectacular waterfall through your iPhone misses the point. 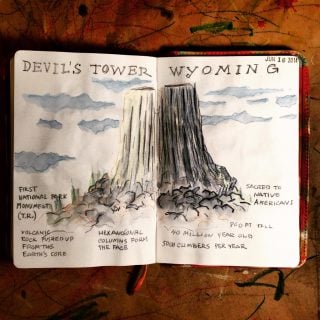 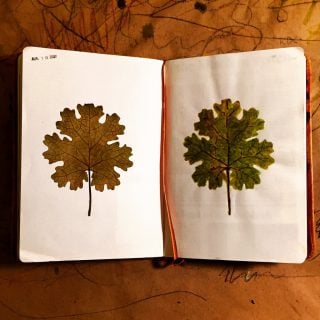 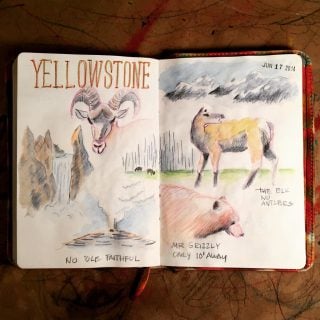 What is the purpose of posting photos of your sketchbook on social media everyday?

On New Years Day, I pledged to post one spread from my journals each day. This serves three purposes. It forced me to actually photograph my journals, which is something I’ve done only sporadically since I started keeping them over 25 years ago. It also allowed me to enjoy them again and record those images, thoughts and experiences that were most meaningful to me. Finally, it gave me a collection of images that I could share with friends online through Instagram, Facebook and Twitter.

How many sketchbooks to date have you filled?

Tell me about your daily drawing habit? Has it turned into an obsession?

I probably draw everyday, from doodling during meetings and project sketching to ambitious art projects. About 20 years ago, during a sabbatical, I rekindled my interest in drawing from a model, which I hadn’t done since college. This was an explosive moment in my artistic output, and it affected everything about my visual perception and conception. I now do this for a few hours about once a week, and I host a monthly drawing salon at CSA. 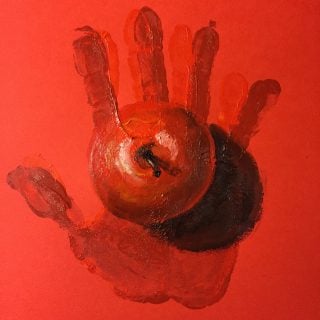 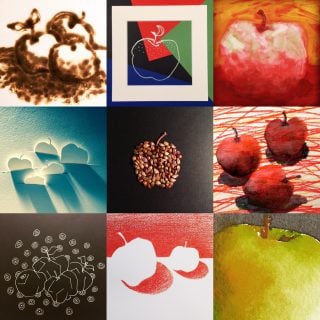 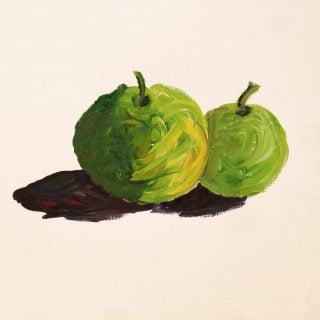 Last year, you were drawing an apple a day, and then “friend of a friend.” When you pick these topics, how many days in a row do you do them? Is there a set timeframe?

The “Apple A Day” project took a year, resulting in 365 distinct works of art. This was a beautiful, exhausting project and I was pleased with the public response. I was invited to give a TedX talk and there is interest in a book. After that, I decided to do a series of “Instagram Exhibitions” on various projects for a limited time, like a gallery show. The first was “Human Remains” which featured photographs of lost gloves I’ve found from all over the world; this was posted for two weeks. The second was “Friend of a Friend,” a series of caricatures drawn on finger prints with curious captions. The next will be “30x30x30,” a series of 30 portraits I’ve done over 30 years for the 30 days of June. In terms of the time and schedule, I work when I’m inspired which is pretty often.

What was the worst circumstance you had to work under during the Apple a Day project, but you just had to get it done that day?

I remember one night I was working on a piece for a couple of hours. It was a very meticulous drawing in pencil. I finished it at 11:30 PM. After I photographed it for Instagram I decided that I hated it but my midnight deadline was approaching. I panicked because I was exhausted. At 11:45 I decided to start over. I opened my drawer of art supplies and just let something “speak to me.” I chose oil pastels and some color paper and did a vigorous composition of overlapping apples that made me smile. I posted it 11:55. 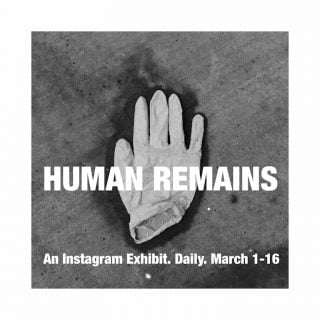 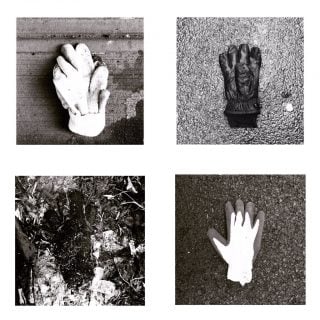 Do you give yourself a certain amount of time to complete each sketch/painting?

I like to work quickly. I feel more energized and I don’t second guess creative decisions. For example, when I’m drawing the figure, I believe some of my best work is done from a twenty minute pose.

What’s your favorite media to use in your sketchbooks—pens, pencils, watercolors?

I make art by any means necessary. Recently, I’ve been experimenting with a pastry torch.

Do you feel like drawing every day is exercising your muscles? Your eye, your hand, your mind?

It exercises my soul. 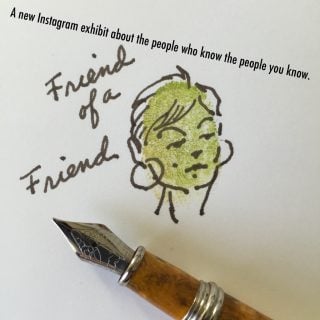 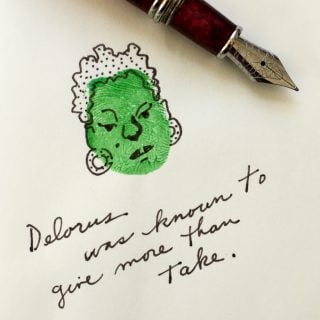 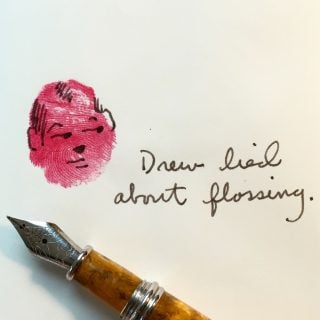 How has this exercise helped you in your “day job” running CSA?

It has always had a profound effect on the business because of the diversity of our clients, the large scale of our projects, and essential nature the assignments are to these accounts. We never get the easy projects and have worked for some of the most enduring brands in the world. To do this, one must stay creatively “nimble” and these art projects do just that.

Occasionally, I do posthumous drawings of lost loved ones and friends as a way of having one more conversation with them, and celebrating their life. It’s a very moving experience.

If you were to die tomorrow, is there anything in the sketchbooks you wouldn’t want people to see?

Not really. I hear you’re pretty safe when you’re dead. 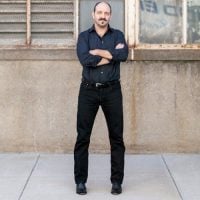 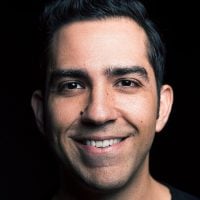 Next
Armin Vit: on Critiquing Logos—The Good & The Bad
Back to All Interviews