Virginia Postrel
on What Constitutes Glamour

Glamour is in the eye of the beholder … or is it? Unfortunately, we get a lot of our cues from celebrities, which in this day and age, can include anyone from rap stars and actors, to YouTube and reality television stars. Even our First Lady, deservedly so, is a style icon. 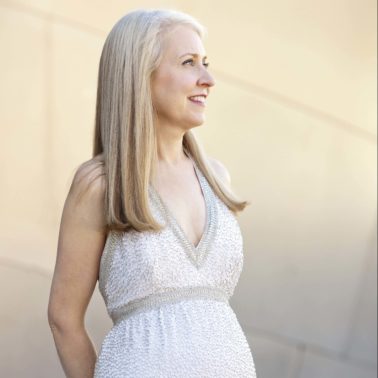 The Power of Glamour, The Substance of Style, and The Future and Its Enemies

Here, we talk to Virginia Postrel, author of The Power of Glamour, The Substance of Style, and The Future and Its Enemies about our obsession and longing for glamour and what it all means. As an author, columnist, and popular speaker, her work spans a broad range of topics, from social science to fashion, concentrating on the intersection of culture and commerce. She has been a columnist for The Wall Street Journal, The Atlantic, The New York Times, and Forbes and its companion technology magazine Forbes ASAP. She is currently a regular columnist for Bloomberg.

Do you think the rules of glamour have changed over the years—i.e. what people perceive as glamorous compared to 20 or 30 years ago?

Definitely. What audiences find glamorous can change for two reasons: What people long for may change or different glamorous things may represent the same longings. One example I often use is the glamorous image of feminine indulgence. In the 1950s, nothing beat a fur coat. It represented an adoring man sharing his financial success: love and money in a publicly visible form. Nowadays, the common image of feminine indulgence is a hot-stone massage or maybe a bubble bath in a spa tub. Nobody needs to know you’re there—it’s not about keeping up with the Joneses—and you probably paid for it from your own income. It represents the desire to escape the demands of a busy life. (A lot of spa tubs and bathroom remodeling have been sold with this kind of glamour.)

Who, today, is the equivalent of Lauren Bacall and Humphrey Bogart?

We have to differentiate between the actual couple and the glamorous idea that they created through their movie roles. There, she was the seductive beauty who made the isolated older man fall in love. Although she was incredibly young—just 19 in To Have and Have Not—and by her own account pretty naive, her movie roles made her worldly and mysterious rather than an ingénue. I’m not sure there is an equivalent of that particular fantasy today, unless you want to go truly fantastic with Black Widow and Bruce Banner in the Avengers movies (and think how different an action star is from a Bacall role). If you’re just talking about glamorous celebrity couples, George and Amal Clooney are an interesting example, as are Beyoncé and Jay-Z. In both cases, they represent a kind of equality that Bogie and Bacall didn’t.

Do men fantasize about glamorous objects as much as women?

Nowadays it’s probably about even. Cars, gadgets, guns, even barbecue grills are stereotypically masculine objects of glamour. And remember, men fantasize about shoes too. They’re just sneakers rather than stilettos. Similarly, you may recall the 2013 case of Trayon Christian, the young man who saved up his money to buy a $350 Ferragamo belt a favorite rap star wears, only to have Barney’s security accuse him of stealing it. The news story was about racial profiling, but it was also a good example of a guy whose fashion purchase was motivated by glamour.

Now that you mention it, however, I suspect that there was a time when women were more drawn to glamorous objects than men were, because they had less freedom and independent means. That made it harder to find glamour in travel destinations or possible careers, for instance.

Do you think it’s healthy for people to always be keeping up with the Joneses?

No I don’t. I do think it’s important to remember that status competition and especially status-from-signaling-income are not the only reasons people buy things they “don’t need.” People can be influenced by what they see around them without their consumption choices being all about status.

Glamour is sometimes about longing for recognition, respect, and a sense of importance, but that’s not the same as keeping up with the Joneses. It’s much deeper.

Do you think peoples’ obsession with stuff is a genetic or learned trait?

Given how much preaching against the “obsession with stuff” has gone on over thousands of years, I’d guess it somehow reflects a survival instinct, amplified by the surrounding culture. But it depends on exactly what you mean by that phrase. Victorian girls were chided for wanting hair ribbons. We wouldn’t likely consider that a problem.

Has social media, in a way, leveled the playing field for different socioeconomic groups or has it made it worse?

Insofar as social media tends to create separate communities rather than a shared media experience, different socioeconomic groups may be more isolated from each other and see less of each other’s lives. In that case, social media is just the latest example of media fragmentation.

With so much sharing on social media, it seems like people project a better image of themselves and their lives. Is it the same for celebrities?

When the book was new, audiences often asked whether we can have glamour in a world where celebrities tell all. I’d point out that we only know about the celebrities who choose that strategy. There are plenty of public figures who still have an aura of mystery about them, because they only share so much with the public.

But the question changed over time. People no longer ask about mystery and celebrities. They ask whether ordinary people are all creating glamorous images of our lives through social media. And I think that’s right. Yes, a few people use Facebook to gripe about what ails them, but not many post ugly pictures on Instagram (which has made retouching an everyday experience) or tell you about the boring details of their lives.

Do you think people are more depressed these days because of this longing for what they don’t have that they see projected all around them—online and in the media?

I doubt that it’s any worse than it was for a poor person to look in 19th-century department store windows or watch a 1950s TV show. The truth is, there is so much more we can have, often for little or no money. We need to make a practice of reminding ourselves of the abundance of contemporary life, and not just when we’re complaining about wrangling our stuff.

In The Substance of Style (published in 2003), you talked about the accessibility of better quality experiences available to almost everyone, not just the wealthy, using Starbucks as an example. With so many retailers now offering affordable “luxuries” to the masses, is it now expected as part of our everyday experiences?

Starbucks established new expectations for the interior design of a mass-market chain—and, of course, for coffee quality. The second major example was how hotels starting with Westin and Sheraton (both owned by Starwood) had improved the look and feel of their rooms. Both Starbucks and hotel rooms represent environments and experiences, although they use furnishings and other objects to do that. As we become a more affluent society and stuff becomes cheaper and cheaper, experiences are where the value is.

In recent years, there’s been a trend toward minimalism and downsizing, with television programs featuring tiny house lifestyles. Do you think this is a trend or a sustainable movement?

It isn’t a statistically significant phenomenon, but it expresses a cultural yearning to escape the demands of contemporary life and in many cases to have the freedom to hit the road whenever you want. It also expresses a confident affluence in which you have no need to hold inventories of goods you’ve inherited or purchased in the past—no Depression-style saving of stuff, just in case. Tiny houses, especially as depicted in shows like Tiny House Nation, also appeal to the desire for new, customized, ingenious homes that aren’t priced as luxuries. There’s a lot of glamour involved, including the element of illusion.

I love to watch tiny house shows but they inevitably omit two things: The cost of land and any place to hang your clothes.

(Tiny house enthusiasts also lack any interest in physical books.) If you really want to downsize at a low cost, you could buy an unglamorous mobile home. I just stayed in a relatively spacious tiny home that’s an Airbnb in Charlotte, NC. I loved it as a retreat, but that’s because I didn’t need to bring along my library or find a place for a computer printer.

What is the most glamorous thing you own and why do you covet it?

Maybe my Getty Research Institute library card, despite the old photo of me with super-short post-chemo hair. It represents the life of the mind—my idea of glamour—and it admits me to a spectacular place without even having to pay for parking. My Princeton library card would be even better if the library weren’t on the other side of the country.

Michael Winnick: On the Frontlines of Real-Time Research

People Nerd is a term Michael Winnick and his team at dscout coined to...