Tosh Hall has a problem with companies that try to redefine themselves every three years, and the agencies that convince them to do it. In a world of constant change and upheaval, isn’t it comforting to be able to pick out your favorite brand of cereal on the shelf because of its easily identifiable colors and markings? When brands do big overhauls there’s always the risk they will alienate customers, so why take this chance? Hall will tell you, stick to what works. 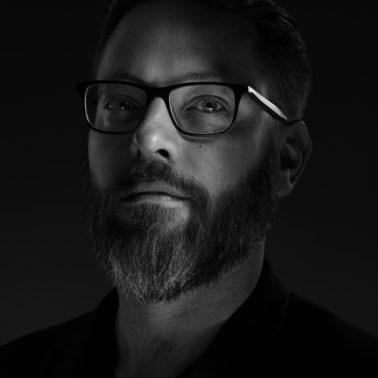 As global executive creative director at Jones Knowles Ritchie in New York, he knows a thing or two about this. He is responsible for the creative and strategic output of the agency for clients like Budweiser, Wheaties, Kashi, and Stella Artois. Previously, he was the creative director at Landor Associates. Although his resume is envy-inspiring to any young designer, he took the circuitous route to his career destination.

Hall studied economics and journalism in college, but ended up as a publication designer right out of college. Through the journalism school at the University of North Carolina, he learned how to lay out publications, and landed his first job at the UNC Press. He recalls working with the “craggy pressman” with the cigarette hanging out of his mouth and ink smeared on his hands and shirt saying to him: “You can’t have twelve colors, dummy. Let me show you the four-color process.” Hall loved that entire experience and how it helped to shape him as a designer, though he admits that he had the worst portfolio when he moved to New York. “I found the transition to the real design world very difficult. It was a harsh wake-up call.”

Last month, Hall gave a presentation at the HOW Live Design Conference called “Dear Designers: Please Stop!” where he addressed the mistake of rebranding too often. Here he elaborates on that, and points to the most publicized brand overhaul failure in modern times and how that rocked the industry.

Why is it so wrong to redesign a brand every few years?

Well, I think it’s a bigger macro problem with marketing and companies in general. A lot of the companies that we work with, we’ve had long-term relationships with, and they often look to us as being the brand guardian. In some ways, your agency partners know more about your brand than the branders, the marketers, and the clients do. And I think because of a lot of the things that have happened in recent years—looking to drive performance quarterly, instead of looking at things over decades and over quarter-centuries—people want to make an impact very quickly. Especially on the client side.

Often people in marketing come in and they’re given a role in branding or packaging or advertising, and they have to make an impact, and they have to do it quickly, and then they move on to the next part of their career. And rarely do we see clients that stay on brands for long periods of time. I think the reason is because it reflects the marketing side of the clients we work with.

We have to constantly educate them, that it’s best for the brand to go in a long-term direction of health and growth instead of zigging, zagging back and forth between whatever the marketing plan du jour is, and a hope for short-term success. JKR didn’t do a drastic overhaul for Kashi. They did simple tweaks to eliminate unnecessary graphics and colors that were distracting from the brand’s organic message.

Is it hard to convince clients not to make such drastic changes when all they want is change?

Yeah. For example, Budweiser is a client, and we’ll say, instead of presenting a new limited edition can, bottle, or box, just show up to an event with Budweiser and engage with the audience. And that sometimes works and sometimes doesn’t. The answer isn’t always packaging. It’s difficult when you work with a company and that’s their primary communication and way to engage with consumers. Because of the way the media landscape is changing, consumers get reached in many different ways, and are engaged with brands in many different ways. Our job is to help clients understand that, and then provide ideas based on what the brand stands for, and the strategy of what we’re doing as a team. For us it’s about building on equity and doing interesting things to connect with consumers, but not necessarily by changing your brand identity. Once you know what you stand for, you can have fun with that. I talked to some people at HOW, and they thought “Just Stop!” was a super controversial topic as a title. And funnily enough, I was giving the talk to the studio today, and they’re all like, “What do you mean we’re supposed to stop?” So it’s just a provocation on, “Let’s think differently about how we engage in this business.”

Financially, I’m sure it’s more successful to be the agency that changes everything all the time. But I just don’t think that’s the right way to do it for brands.

Have you ever lost a client because you didn’t go far enough?

The answer to that question is no, we’ve never been fired or lost business because we haven’t gone far enough. It’s probably happened the other way around where we go too far too quick. So, trying to figure out how to incrementally change things to give it a vision of where you want to go. I’ve had issues with clients where the work was not well received, but eventually that work was put out. It just wasn’t ready at the time. So we’re trying to find solutions that are six months, a year, 18 months out, that can be achieved, but a vision for the future. Because, to me, nothing is worse than being right, but five years ahead.

What brands do you think have made the biggest missteps in this area?

Well, the most obvious one, of course, is the Tropicana work from 10 years ago. That has become a Harvard Business case study in what not to do. I was at Landor at the time, and I remember calling up my Executive Creative Director when that work came out—it was on the cover of The New York Times—and I was like, “What are we gonna do?” And he said, “Unfortunately, we’re going to see a ten-year problem with our business, and everything’s going to be tested to death. This is a huge issue for us.”

Never before had our industry been so published, and the failures in marketing so known by everyone. People became very, very concerned.

So, it was an interesting moment in time. Then the Gap redesign came out, and it lasted for a day. There were a few major brand failures in that first decade. People became very conservative. And I remember in every single meeting I was in, the client would say, “Please tell me how this is not going to be a Tropicana.” Those 10 years were difficult. I think things have changed now. But the publication of work and the criticism online mean there are more eyeballs on the things that we do. JPK used a type style in Budweiser’s branding that relied on cues from its heritage.

Does that make it harder or easier in your estimation, with so much online discussion and criticism, to really be able to push a brand campaign out there?

I think it’s just the world we live in now. And what I like about it is that it separates the brave from the weak, and the strong from the conservative. You have to find the right partners. And a lot of the people that we want to work with are confident brands that are not swayed by a single criticism. The strong clients are the ones that head confidently in the direction of their brand. It’s about going forward—not looking left and right—and figuring out where you’re coming from. We like to go back for our heritage brands, and figure out what made them unique, and project that going forward.

Shifting gears … You’ve mentioned that every year you vacation in a remote location in Idaho to unplug for a couple of weeks. How does this help you in your work?

I think it’s super valuable. What I like about that particular trip is that the cell phone does not work, and I’m in nature. And that helps me disconnect, which is really important. I wish that we could all be like Sagmeister and take year-long sabbaticals.

At our agency, we don’t limit people’s vacation like most American companies do. We want to give them lots of vacation so they can use it. One of the things I’m trying to do now is provide more opportunities to do that on a daily basis, instead of just saving up for two or three weeks here and there. Because the truth is, you don’t get all of your ideas by staring at a computer or going from meeting to meeting. Most of my ideas happen in odd times and other places. So, don’t eat lunch at your desk; go out. Go sit in the park, walk around the block. We don’t need you to be sitting at your desk and powering through the internet. In fact, we’re trying to get people to present all of their first ideas on paper, and have no internet references, and have nothing digital.

All you really need for a good idea is a pen and a piece of paper, and a brain. The more we can tap into that in this technological world where you’re always on, the better we’ll be.

Knowing that you’re probably working with a generation of young designers who have had computers their entire lives, is it difficult for them to do that?

Yes. The people that find that easier, maybe haven’t grown up with a device in their hand. And it takes constant reinforcement. My experience was the same. My real design experience all started on a Mac, so I had to be pulled out of that by a creative director at Landor in New York. He said, “I feel like you’ve been spending too much time perfecting this work. I want to see 50 new ones by tomorrow.” And I was like, “What do you mean? 50! That’s crazy!” And he’s like, “They’re not all gonna be good, and they don’t have to be perfected or Photoshopped. They just have to be sketches. I want you to power through some stuff. Give me some ideas.”So I had to be forced into this way of thinking, begrudgingly.

But it’s a good exercise and we constantly reinforce this with our design and strategic teams. We show them the work that came out, and we show them the sketch that preceded it. We talk a lot about having clarity in your thinking and creating a narrative. It all starts with sitting in a park, having a discussion, having an idea, and drawing it on paper.