Powerful, elegant, diligent, and smart. These are words that describe Jennifer Morla to a T. She’s made an indelible imprint in the design industry in her 40+ year career and she’s ready to share her success strategies in a new book she’s writing. 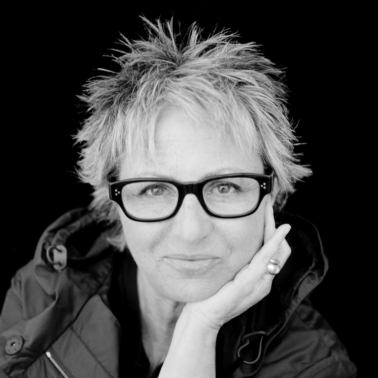 Morla Design’s clients have included Levis Strauss, Herman Miller, Design Within Reach, among many others, and Morla, herself, has won more than 300 awards of excellence for her work including the AIGA Medal and the Cooper Hewitt/Smithsonian National Design Award.

Tell me about the book you’re writing. What is the premise?

The book articulates my thoughts on design through projects, stories and “designisms.”  Some chapter headers include: On Color, On Type, On Budget, On Brand, On Humor, On Beauty and On Teaching. I match each of the projects with the multiple categories that apply to them. I also identify the color breakouts for each project. It’s a rather large monograph, about 500 pages, with many full-bleed photos.

Why is it important for you to write a book now?

I’ve been designing professionally for over 40 years, and it just seemed like the right time to make some sense of it all.

Jenny Holzer, the preeminent artist who created her soul-searching “truisms,” made us conscious of the human condition by revealing our frailties:
“Action causes more trouble than thought”
“Ideals are replaced by conventional goals at a certain age”
“Any surplus is immoral”
“Words tend to be inadequate”
These truisms make us consider our collective moral conscious. As designers, we often underestimate the impact we have on the world at large, and how our visual vocabulary is influenced by political, social, and cultural events.
I created a designer’s version of Holzer’s truisms and titled them designisms. They are simply a listing of my observations and reflections on design and designing. 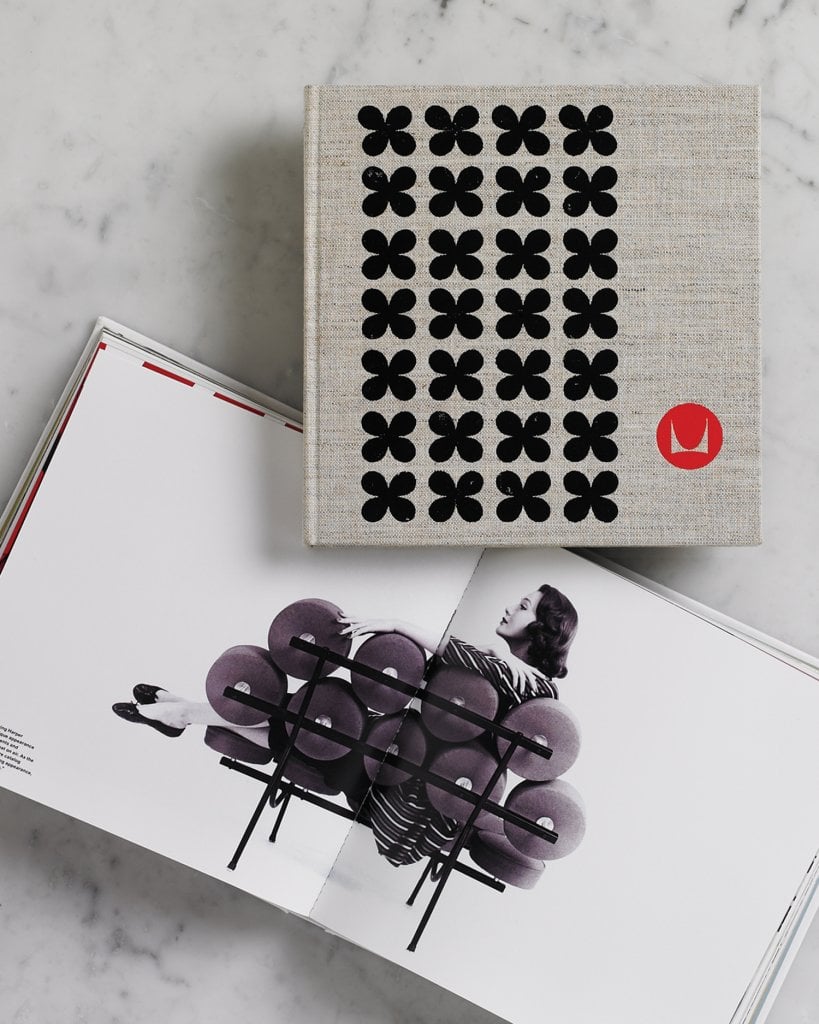 1. GREAT DESIGN IS, QUITE SIMPLY, INNOVATION REFLECTING THE SPIRIT OF AN ERA. It becomes a classic because of its timeless appeal.

In this age of digital ephemera, a leave-behind book can make a lasting impression. Herman Miller asked me to create a marketing vehicle that would educate a younger architecture and design audience as to the legacy of the Herman Miller brand. Although many the principles of top interior design firms specified Herman Miller products, the younger generation were choosing domestic faux mid-century furniture as a cost-savings measure. I created a leave-behind book that detailed and contextualized the historical relevance of the collection and positioned the work of Nelson, Eames, Girard, and Noguchi in a contemporary way that reinforced the quality of specifying original design.

The Eames LCW (Lounge Chair Wood) is a featured classic in the book. Charles and Ray’s original design of a molded plywood leg splint for the military during WWII served as the inspiration for the fabrication of this iconic classic. 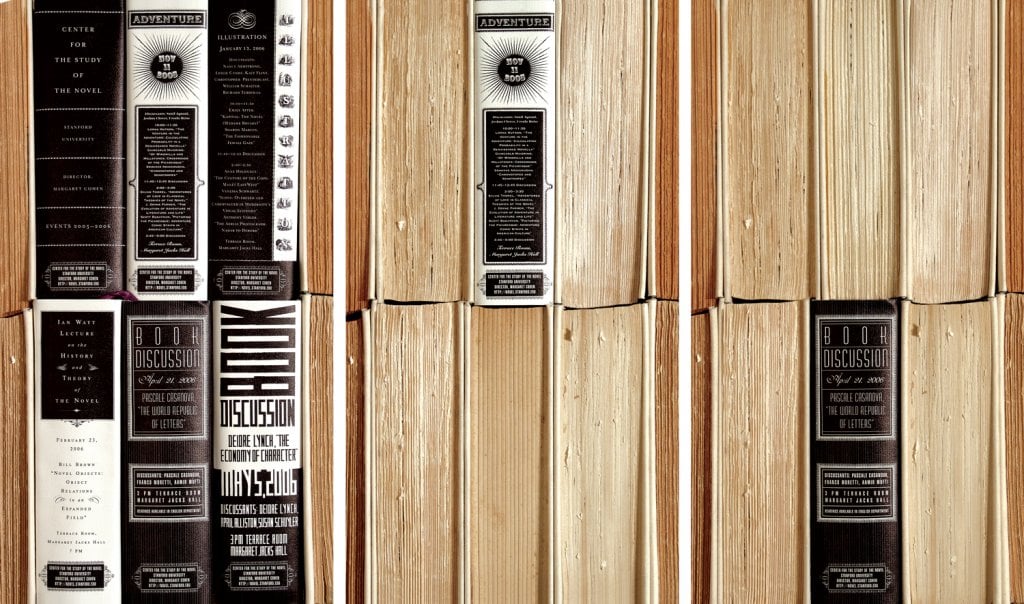 2. A GOOD DESIGNER IS A GREAT STORYTELLER.
Every company, service, event or institution has a story to tell. Explore the visual narrative. Use real words. Banish corporate rhetoric.

I was asked to create a poster concept for a six-lecture series at Stanford’s Department of Comparative Literature. The visual storytelling theme in these posters piques the viewers interest by revealing each of the lectures over the course of the semester. The primary poster is an image of six books, stacked, with the signatures, versus the spines, turned outwards. For each subsequent lecture poster, one of the books is turned so the spine faces outward. Each new poster reveals a spine with typography that illustratively depicts the content of the lecture and references the previous and future lectures. 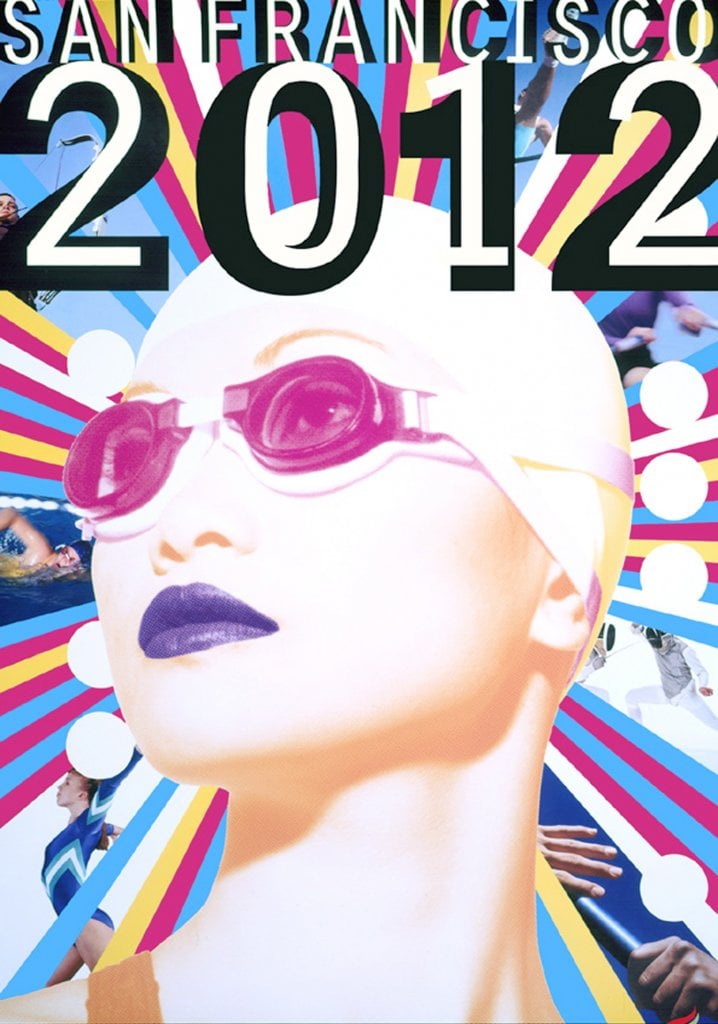 3. DESIGN THAT MOVES OTHERS COMES FROM ISSUES THAT MOVE YOU.
Find an issue that you really feel involved with and passion will fuel your work.

When San Francisco launched its bid for the 2012 Summer Olympics, I was invited to submit a poster concept that would herald the games to the Bay Area. In response, I created a bold, iconic portrait of an Asian-American woman, suited up to swim. I wanted to give visibility and notoriety to female athletes through the simple act of portraying a woman as the image of the San Francisco Summer Olympic Games.

4. DESIGN MUST SURPRISE AND INFORM. And it should do so in this order: surprise your audience with the unexpected, then allow their curiosity to lead them to the message.

The Design Within Reach Spring Outdoor Furniture catalog is a compact 5 by 6 inch, 80-page, perfect bound book; very different in scale and feel of most direct mail that crowds your mailbox. The front cover features a red-crested cardinal, a native Hawaiian bird. The image announces the opening of the DWR Hawaii store and reinforces the onset of spring (and the perfect time to think about buying outdoor furniture). 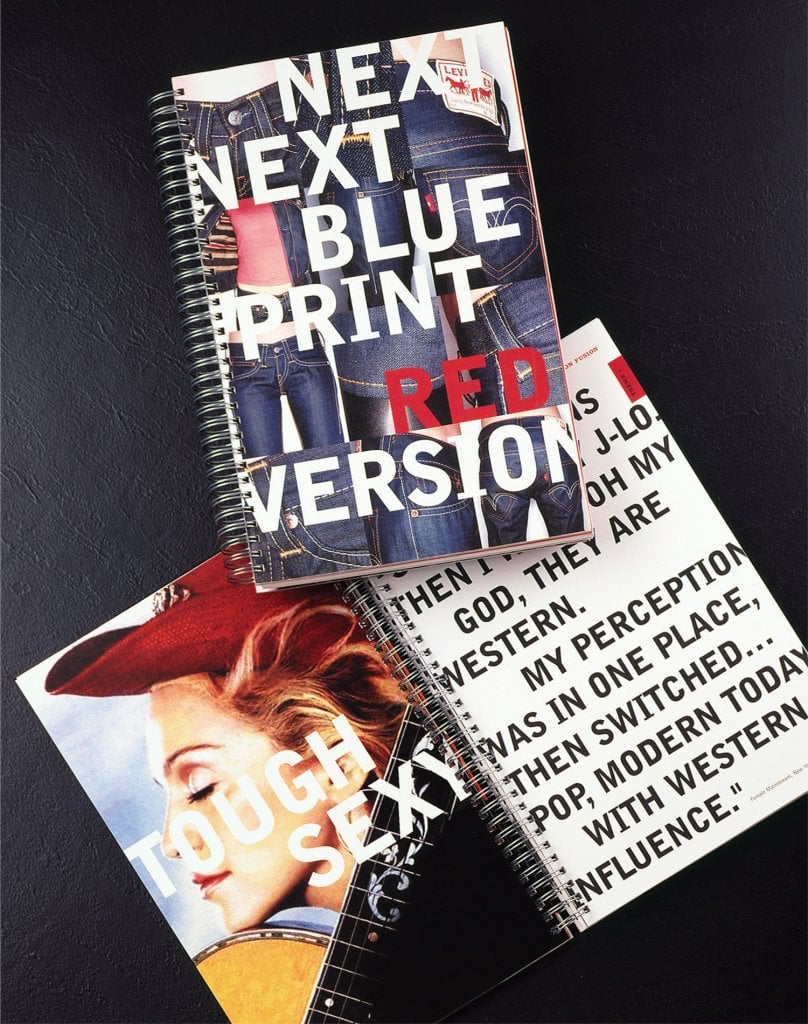 I have produced hundreds of posters, books, stores, catalogs, and labeling for Levi’s over the course of 20 or so years. Sometimes the primary audience for these pieces are retailers and buyers, “marketing to the trade”, as was the case with this Levi’s book.

This project came to me as a consumer-research document outlining a potential new jean silhouette. It was a great product that needed a strong graphic presence to make buyers look at this jean differently. I reimagined the document as object–two inches thick, fourteen inches tall, the content merging pop culture images with bold type, each sheet laminated onto a thick chipboard cover. The binding is one of my favorites–a super chunky round aluminum spiral. 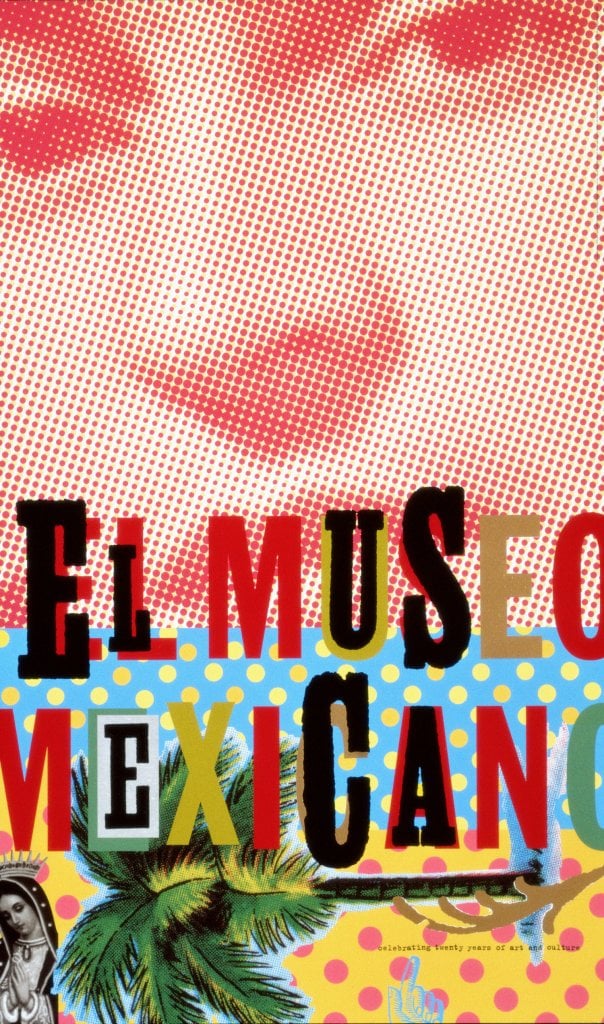 6. DESIGN DOES NOT LIVE IN AN AESTHETIC VACUUM.
Design is influenced by, and influences, contemporary society.

Designing the total look and feel of every aspect of the Mexican Museum–identity, poster campaigns, membership materials, and signage–offered me the chance to celebrate the spirit of the Bay Area Mexican community and the highlight the museum’s extraordinary collection. Asked by the museum to create a poster to commemorate of their 20th anniversary, I researched the museum’s permanent collection and discovered a captivating photograph of a young Frida Kahlo. As part of the brief was to reach out to a younger demographic, I posterized the image with a benday dot pattern of a of Kahlo’s face and layered the portrait with Mexican Loteria card illustrations, the ubiquitous image of Our Lady of Guadalupe, and 19th century wood-block type.

7. QUESTION THE PRESCRIBED DESIGN VOCABULARY FOR A GIVEN PRODUCT CATEGORY.
Consider how David Carson manipulated type for the surfing magazine BEACH CULTURE, or how John Plunkett and Barbara Kuhr defined the look of the dot-com era with WIRED magazine. As radical as these solutions appeared to be at the time, they were all appropriate to the gestalt of the client and spoke to their audience in a meaningful way.

A bike basket overflowing with blossoms inspired the design of this 3’ x 4’poster. Rob Forbes, the founder of Public Bikes, asked only that the name “Public” be referenced on the poster. After learning more about the customer base, I found that the vast majority of Public Bike owners are women. The flowers imagine a city where you pedal to the farmer’s market; a nod to this inspiration can be seen in the “gear” illustration at the bottom of the poster depicting a bicycle with an asterisk “flower” in its basket. And posters are wonderful marketing tools, because they easily segue from an outdoor advertising medium to having your brand proudly displayed on living room walls. An image of flowers for a bike poster? Absolutely. 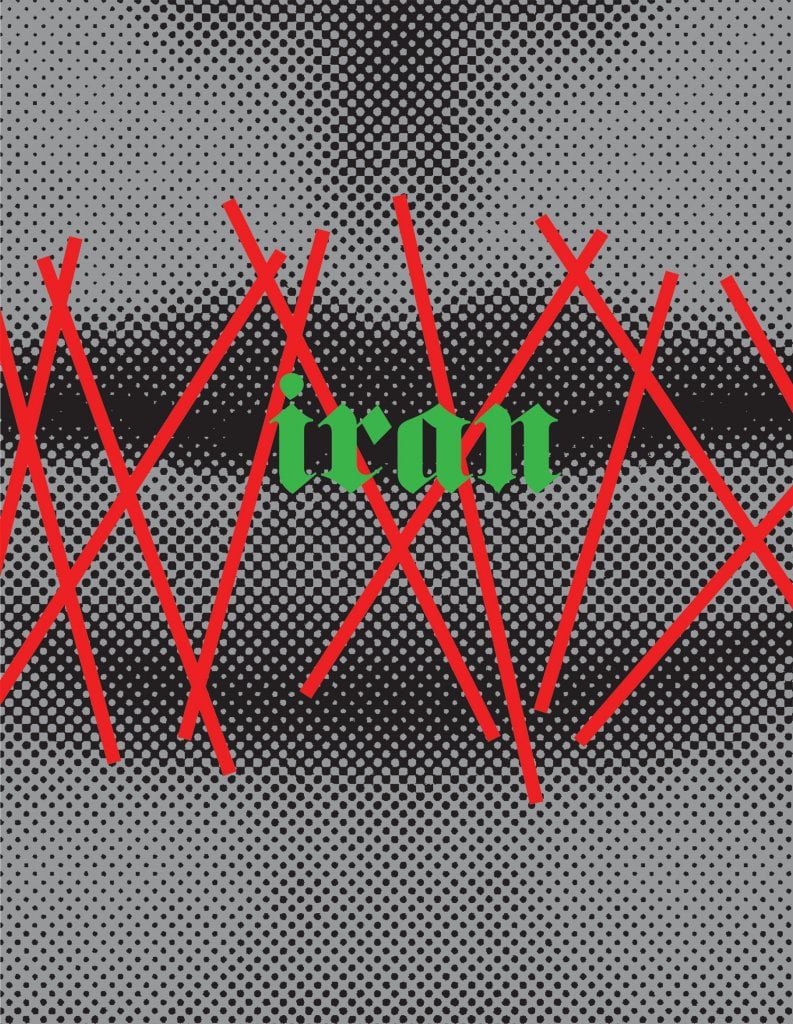 Freedom of Speech in Iran Poster, 2009

8. DESIGN IS A MARKETING TOOL.
It can communicate dissent. It can market ideology. It can effect change.

I was one of a number of international designers and artists asked to create a poster in response to the Iranian Green Revolution, the freedom of speech protests which ensued after the outcome of the 2009 elections. In light of the radical curtailing of women’s rights, I chose to combine both of these injustices by depicting a woman’s mouth graphically stitched shut, referencing the silencing of women and emphasizing the skewed election results, which had a significant impact on the lives of women.

Jennifer Kinon, Design Director Hillary Clinton 2016 campaign: What happens when the campaign is over?

Despite the outcome of the 2016 presidential election, Hillary Clinton had the most memorable...