Everyone has an opinion, but not everyone’s opinion matters, especially when it comes to design. It’s easy to look at design and make a snap judgment about its appearance or qualities, but often a deeper investigation will give you a different perspective. Enter the cofounder of Under Consideration LLC, Armin Vit. He is the lead writer and logo critic of Brand New, “opinions on corporate and brand identity work.” 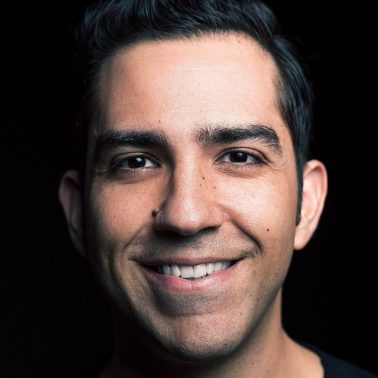 On Brand New, Vit critiques logos, usually showing a side-by-side comparison of the original design with the redesign. He points out what works and what doesn’t, oftentimes panning the redesigns outright, walking readers through his thought process. In the same vein, he’s not afraid to like a logo that others don’t. Design is subjective afterall, but Vit has earned the right to be a critic. He’s been doing it for 14 years, starting with the popular design blog Speak Up, that ran from 2002 to 2009. Accompanied by a veritable “team” of other well-regarded designers including Tan Le, Debbie Millman, Felix Sockwell, Mark Kingsley, and Marian Bantjes, among others, the site was chock-full of commentary and controversy, and was arguably the most entertaining design blog ever. He and his wife and partner in crime, Bryony Gomez-Palacio, run their Under Consideration empire out of their studio and home in Austin, Texas. In addition to the website and limited client work and publications they produce, they have a successful annual conference in which they bring together an international roster of thought leaders from design firms and corporations focusing on brand identity. This year, due to demand from their European followers, they’ve expanded their conference series, with Brand Nieuwe in Amsterdam. Here, we talk to Vit about critiquing his peers’ work and if he ever gets hate mail.

When you are critiquing logos, do you follow a set of criteria?

I do but it might be disappointingly short: The first thing I look at is does it look good or bad; that maybe makes me look like I only care about the superficial aspects of logos, but it’s like with anything else in life. If you see an apple that’s all brown and whittled you are less likely to pick it than a red, plump, firm apple. So I don’t feel too bad. After the initial aesthetic assessment, I try to find the relationship between the logo and the product, company, or service it represents and the audience it’s trying to reach. Does the logo make sense? Does it feel like it belongs? Will the audience make a connection? It’s about trying to figure out if the logo does a good job in being the flag bearer of any company, product, or service.

What makes a good or bad logo? Are there certain elements that jump out?

This is where things get difficult, because what may be bad for me is good for someone else and vice versa. But we all know it when we see it. For me the biggest telltale that makes a difference is the treatment of the typography, and whether it’s been properly taken care of—whether it was a font purchased and used out of the box or custom, or lettering. Again, it’s hard to tell what makes good or bad typography, but we’ve all seen enough award books to know what the industry can agree on as being proper, and we’ve all read enough Brand New comments when a logo gets eaten alive, to know what’s bad.

It’s like rhythm: You’ve either got it or you don’t, and logos are the same.

Do you ever get hate mail from designers who disagree with you (particularly the designers of the logos you don’t like)?

Not yet! I have gotten a few emails from designers whose logos were really panned. They’ve never been defensive or aggressive. Sometimes they share things that happened behind the scenes (not so much as an excuse but to say that things don’t always go as we like). Most of the time people don’t write, unless they got a positive review and then it’s “THANK YOU!” in all caps. I have, however, run into designers at events whose logo I really disliked publicly and that’s awkward.

What’s the most controversial logo critique you’ve ever done?

I still have vivid memories of the London 2012 Olympics logo that came out in 2007. That discussion even took place on Speak Up, and that was one of the first logos that blew people’s minds. A more clear example of a review being controversial for something I said was the University of the Arts London logo redesign by Pentagram where I went off the rails against Helvetica. I still love that post. Stating that UAL did not like its identity, specifically, its visual performance, Pentagram instituted an all-Helvetica approach. Kill me now.

Another good one was the Stedelijk Museum by Mevis & Van Deursen

I wrote, “Do we not get it? Are we too distracted by nice fonts and colors and pleasant things that we are the dumb ones who do not see the genius in this? I couldn’t care less about the answer, I just know what I see, and what I see is a logo with bad rhythm, poor spacing, confusing readability, and no aesthetic joy.”

What is your favorite logo design or redesign from the past year and why?

This logo for Paris by Graphéine definitely stands out: It solves a very difficult problem of HAVING to include a reference to the Eiffel Tower, but it does it in an unexpected, smart way. And the execution is flawless.

Is there a logo/brand design that you love, that everyone else loves to hate?

Airbnb. I don’t think people hate it but I’m also sure people don’t think as highly of it as I do. They managed to create a unique symbol, a la Nike or Apple, in an age where all logos/icons have basically been done. It’s really hard for a large company to be able to have a new icon that you see and instantly recognize, and Airbnb achieved that. It led to a great discussion of what’s good and bad in logos. I also had to tell people to shut up and stop calling the logo boobs or vagina. That was fun; swimming against the current of the mob:

…  To the second claim that the logo looks like testicles, a vagina, a butt, a penis, and an asshole —all already dutifully illustrated in this Tumblr (NSFW) — seriously, how old are y’all, 13? Grow up. It’s a fucking ‘A.’

What is the worst logo design or redesign, that you’ve seen in the past year and why is it so bad?

Uber, without a doubt. There is nothing right about that logo: concept, execution, process… it’s all a jumble of bad decisions and executions.

How bad does a logo need to be, to actually turn off customers? Have you seen this happen with a redesign, for instance?

I think as designers we like to think that a bad logo has a negative effect on the bottom line but if the product is good it doesn’t matter what the logo looks like. The Golden State Warriors logo is HORRIBLE but they are one of the best teams, and fans wear all sorts of merchandise that displays the logo, really, it doesn’t matter. It gives us a feeling of importance but no matter what we do, good or bad, it all comes down to whether the company, product, or service delivers on what it promises.

I know you run marathons … what brand of shoes do you run in, and is it your favorite brand design?

For 3 – 5 years I used Newtons, and I liked the vibe of that brand in general… kind of like the underdog. The actual logo is terrible, but the shoes are cool. I recently switched to Skechers and I had all kinds of conflicting brand emotions about it, because when I think of Skechers I think of kids’ shoes for school. But, hey, Meb Keflezighi is their spokesperson, so that counts for something. And they are pretty darn comfortable.

If you had to have a logo tattooed on your body, what logo would you choose and why?

Oh, man… tough question. I would do the old UPS logo… There is something so charming about it.

What was the most controversial post to ever appear on Speak Up?

There are far too many controversial posts on Speak Up! But one that comes to mind is this one, that captures some of the early “angst” of Speak Up and how some of the commenters were unhappy with the AIGA and other members of the “establishment.” Also, that’s the post that led to Debbie Millman eventually becoming a writer for Speak Up, which was one of the best things to happen to it.

Gael Towey: A Life in Stories Beyond Martha Stewart Living

After spending nearly 22 years at the creative helm of Martha Stewart Living, Gael...

Forget what you’ve heard from Old Blue Eyes about making it in New York....