Forget what you’ve heard from Old Blue Eyes about making it in New York. Hollywood is the veritable make or break town for filmmakers. If your movie’s a hit, everyone wants a piece of you and your next project; if your movie bombs, you’re down and out in Beverly Hills. The phone stops ringing, and people you thought were your friends suddenly have no time for you. 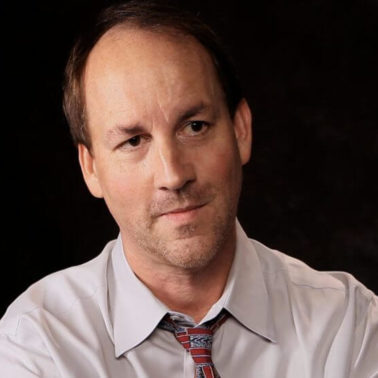 Fred Dekker has experienced both the highs and lows as a screen writer and director in his 30 year career in filmmaking. In the late ’80s he co-wrote (with Shane Black) and directed the now cult classic, Monster Squad, about a bunch of kids fighting a gang of monsters led by Count Dracula. Though it didn’t achieve box office success, it’s since gained momentum among its core audience of geeky guys, who are now in their 30s and 40s.

In the early ’90s, Dekker was hired to direct his first big budget studio movie, Robocop 3. Unfortunately, the movie flopped, and in one fell swoop, his directorial career was over. Kaput. Done. Fizzled. He has not directed a movie since.

But this is a comeback story, ya all! The kind of story Hollywood banks on. Dekker didn’t crawl in a hole and give up. Hell no! He’s been quietly and steadily working as a writer for television productions, and he’s currently working on his biggest project to date—the latest Predator movie—with his old friend and collaborator, Shane Black.

Here, he talks about the challenges and myths working in La La Land.

Although Monster Squad didn’t achieve box office success at the time it was released in 1987, it has since become a cult classic. Has that ever surprised you?

“Surprised” isn’t quite the right word since the turnaround happened over a long period of time—it just took a while for it to find its audience. On one hand it’s very gratifying, but there’s also some melancholy, because had the movie done well when it opened, I would have made a lot more movies since then. So, despite the huge fan base it has today, my career definitely suffered … and those are years I’ll never get back. 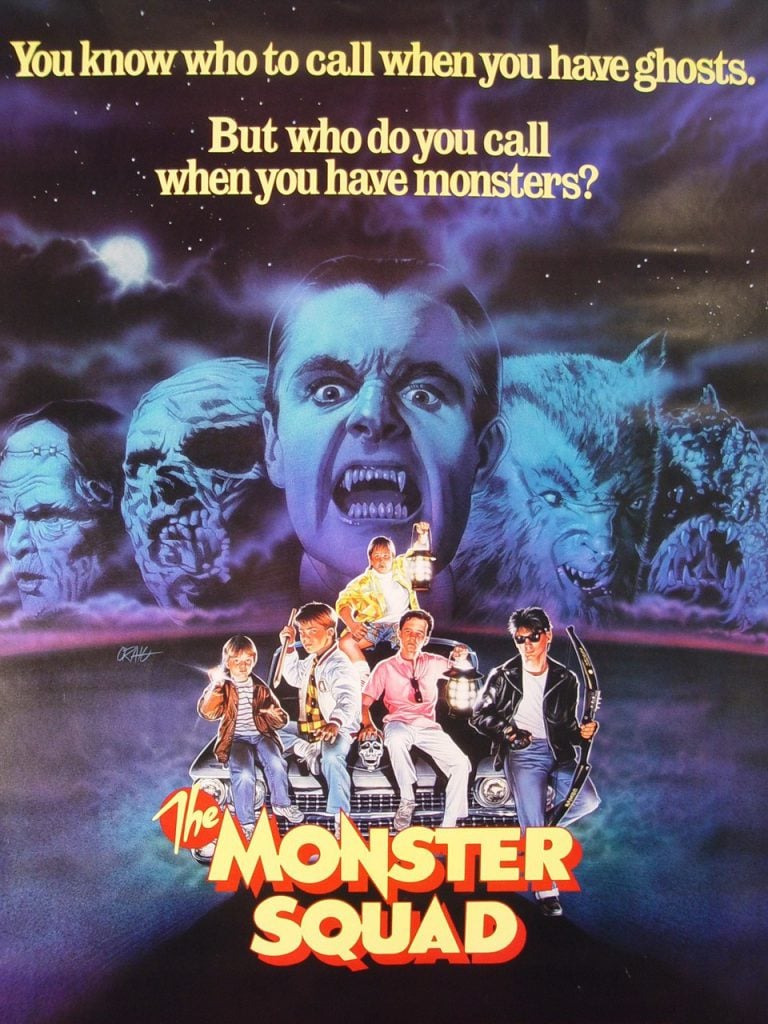 You’ve been to some Monster Squad screenings in the past few years. What’s it like being recognized and honored for something you did so long ago?

It’s very heartening. I have people say it’s their favorite film, or it was a key part of their childhood, or it bonded them with a family member or friend … so that kind of achievement is obviously very powerful. It’s why we make movies in the first place.

On the other hand, it’s a little like playing the piano for a sparsely filled auditorium, then having someone come up to you twenty years later and saying, “Great piano recital.” There’s definitely a disconnect.

Any plans to do a remake or is the concept just too dated to work today?

It’s funny you should call it dated, since it’s based on movies from the 1930s and ‘40s! I’m dead set against a flat-out remake (which Paramount tried to do recently). But the answer is yes, with the success of everything from Buffy to Stranger Things, overtures have definitely been made, but nothing is in active development right now. My partner, Shane Black, and I are interested in doing a follow-up, but it needs to be right.

You’re probably sick of talking about this, but as Winston Churchill once said, “Success is not final, failure is not fatal: it is the courage to continue that counts.” You directed Robocop 3 (released in 1993), and it tanked at the box office. Why didn’t it work and what was the fallout after

There’s a misconception about this movie that the studio steamrolled me into doing something I wasn’t comfortable with. The truth is, anything wrong with it is entirely my fault. I had a great cast, a great crew, the support of my producers and the studio, and some of the greatest special effects wizards of all time (Phil Tippett and Rob Bottin, among others).

I think it really comes down to the script. It was a story by the brilliant Frank Miller, who wrote the first draft—but in the final analysis, it was the wrong story and the wrong script for what an audience wanted from that character. The PG-13 rating didn’t help, since the character’s first two outings were extremely violent and satirical, and that’s really the arena that character belongs in—not a “family” movie. 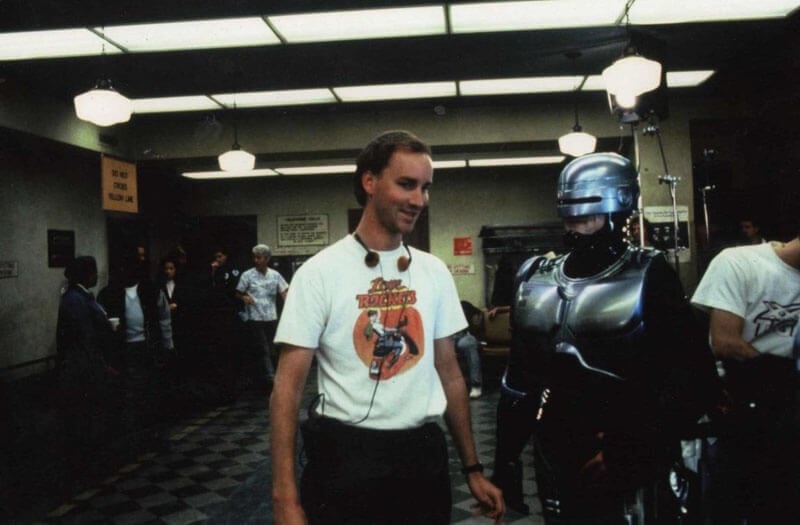 Young Fred during filming of RoboCop 3.

As for the fallout: The producer has worked on the Bourne and Jurassic World movies, most of the cast have found success (Jill Hennessey and Robert John Burke in Law and Order;  CCH Pounder in CSI: New Orleans; Bradley Whitford in The West Wing; Jeff Garland in The Goldbergs, etc.) and even flourished.

But yes, the director hasn’t made a film since. Hmmm.

How did you come back from that and how long did it take?

I’ve always managed to get work as a writer, but no solid offers to direct movies since (although I’ve come close a few times). I signed a deal with 20th Century-Fox, and spent a few years developing scripts that never got off the ground. I then worked as Consulting Producer/Writer on the Star Trek series, Enterprise. But it’s only in the last few years that things have picked up significantly—since Shane asked me to collaborate on a western TV pilot for Amazon Studios. It was called Edge, and we made that in 2015. This led directly to your next question.

You recently finished the script for the newest Predator film with Shane Black. Is it harder or easier to write for an existing film franchise?

It’s easier in the sense that you don’t have to start with a blank page. The genre, the tone, and a lot of the specifics of the mythology are already established, so to a degree you’re free to paint a new picture with the existing colors. The downside is, sequels, reboots and remakes have historically had a tough go of it, creatively—and the new, rabid internet fan base makes it even harder.

The hardcore fans have their Shurikens sharpened (that’s a Predator weapon, by the way), just waiting for you to fail. So it’s a double-edge Shuriken: You want to do something new and fresh with the concept, but not alienate the core fan base who have a pre-set idea of what they want. It’s a tricky tightrope walk, for sure.

Ultimately, however, the worst thing for the creative process is a fear of failure, so we’re trying not to second-guess ourselves and go with our gut instincts. We’re making the Predator movie we want to see.

Where is the film being made and who is starring in it?

We’re shooting in Vancouver, BC, starting in February. The official cast so far includes Thomas Jane,  Boyd Holbrook (Logan), Trevante Rhodes (Moonlight), Olivia Munn (X-Men Apocolypse) and Keegan-Michael Key (Key and Peel), but I’m not at liberty to share anyone else until official announcements are made. But since we start shooting next month, you’ll know soon.

How involved are you in the production? Are there a lot of changes to the script after it’s approved?

I’ve been traveling to and from Vancouver to tailor the script to cast, locations, and budget requirements. So yes, it’s a fluid process.

Shane is really great about keeping me close as a sounding board, but at the same time I’m not the director, so if there are huge mistakes in the movie, I can always just blame him.

Can you give us any insight into the storyline and what’s different about it than the origina
l?

This is a sequel to the first film, which acknowledges the others but is not reliant on them for an audience to understand what’s happening. We want to expand the mythology—to answer some nagging questions about the Predator civilization and agenda. The main thing we’re trying to accomplish is to create a kind of “must-see” spectacle, but at the same time feature characters we can relate to and invest in. In that way, it’s much more akin to an early Spielberg film than the other Predator entries. And, of course, it has healthy doses of the trademark Shane Black wise-ass dialogue, foul language, and breathless action.

You and Shane have collaborated on numerous projects since the beginning. Why are you guys such a great team?

We both love the kinds of larger-than-life, action-adventures we grew up on, be it James Bond or Indiana Jones—full of cliffhanger action and crackling humor. But in any genre movie, it’s important that the characters are as grounded and relatable as possible, so we’re really trying to put some heart and humanity in between all the sci-fi action and chases.

Are you working on anything new that you’re particularly excited about?

Shane and I are writing a TV pilot for Warner Bros. based on one of our favorite British television series of yesteryear, and it’s my favorite thing I’ve worked on in a long time. I could tell you what it is, but then I would have to kill you.

Do you feel like you’re more cautious in the projects you take on because of the fallout after Robocop?

Absolutely. But thanks to the thaw in my career, I can afford to be choosy again. Luckily, everything that’s come down the pike recently are things I’m excited about, so it’s kind of win-win. And I very much hope to be back behind the camera within the next year or two.

When most of us watch movies, we don’t even think about the miscellaneous props...

Alex Fowkes: on Lettering the Landscape

Patience, solid footing, and a steady hand are important tools for a lettering artist...